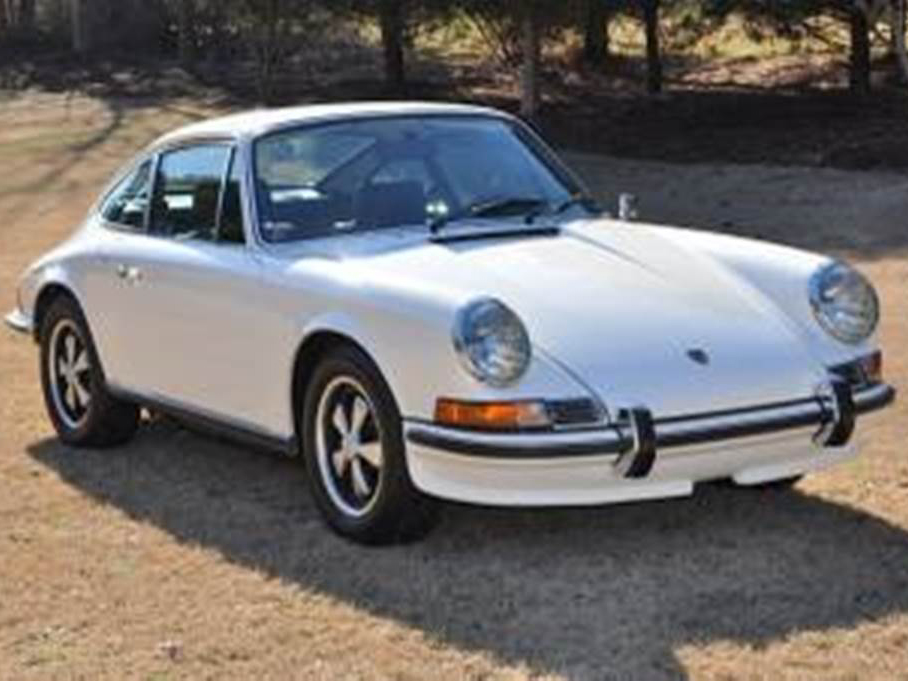 Similar to the Porsches released in 1970, the 1971 model-year Porsches were outfitted with a 2.2L engine, which was denoted by a 2.2 sticker in the center of the rear window. You can also distinguish a 2.2L 1970 Porsche 911 S model by its five vertical fixing bars located under the engine lid grille instead of the previous models’ six. During this time, Porsche offered three versions of the 911: the Porsche 911T, which was considered the entry-level model; the Porsche 911E, which was praised as the luxury version; and the Porsche 911S, which was the most powerful and sporty version. Today, prices for the Porsche 911S have gone up dramatically, particularly for an original in good condition, while the 911T and 911E models are more affordable. No matter what model you’re considering, the early 1971 Porsche 911 is a great collector’s car, everyday driver or restoration project.

The Porsche 911 is known to be relatively reliable for a sports car, particularly the early models including the 1971 Porsche 911 S. But, if a 911 has been neglected, sooner or later down the line someone will have to pay for that neglect. So, before anything else, The Beverly Hills Car Club often advises their clients to look for extensive service records. Oil changes every 3,000 miles are particularly crucial. Rust can also be a big problem. Look for bubbles on the posts behind the seats, around the door latch, the doorsills, jacking points, and under all the arches. If the model you’re looking at has a sunroof, also check for rust around the housing, as well as the mechanics of the sunroof itself. As far as rust goes, the Porsche factory supports early 911s quite well. Replacement panels are available, but expensive. Always understand the condition of any 911 before purchase, and always purchase the best example you can for your budget. This will help you avoid sinking money into a Porsche 911 S that will require years of work and heartache.

For more 1971 Porsche 911 S Buyer’s Tips such as these, The Beverly Hills Car Club welcomes you to tour their website and to view the 911 S models they currently have in inventory. Don’t see what you’re looking for? Touch base with their California classic car dealership professionals today to express your interest and to begin a relationship that will produce great results. They look forward to hearing from you soon and to helping you find the perfect Porsche for your garage. Connect today!