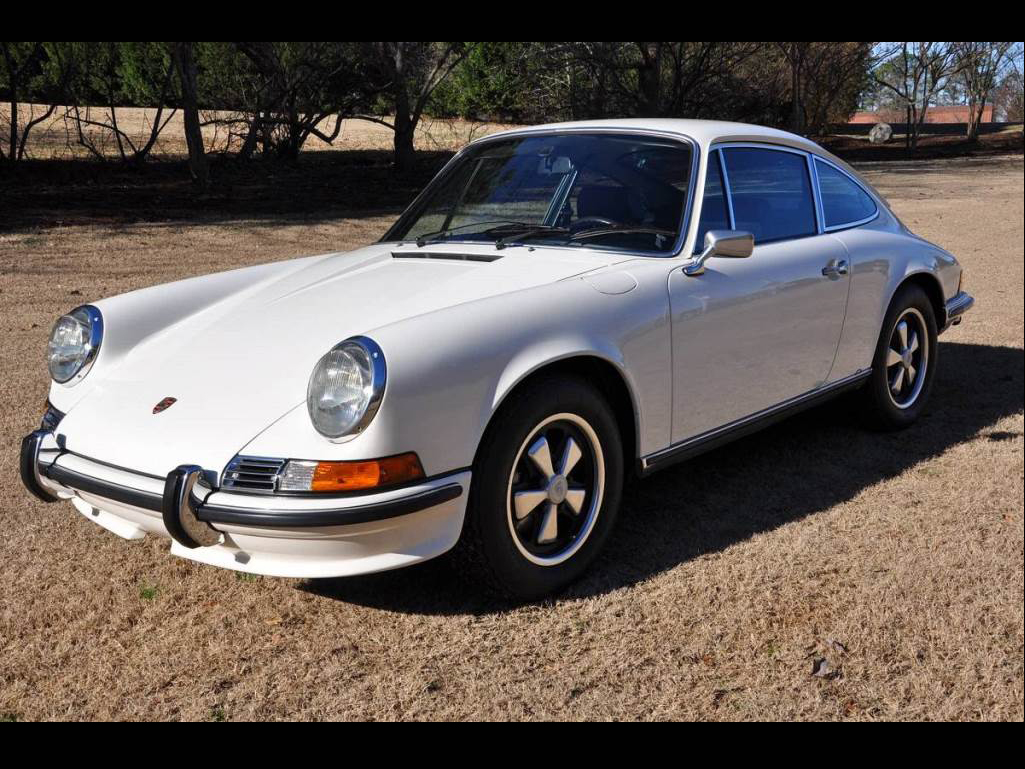 During the 1972 model-year, German automaker Porsche once again made changes to further enhance the illustrious Porsche 911 lineup. Engine capacity, which previously boasted 2.2L, was once again enlarged, this time to 2.4L, and the 911 S model would now feature more than 190 horsepower. Likewise, the 911 E that ran alongside the 911 S would boast 165 horsepower. This new Porsche 911 2.4L lineup would be released from 1972 to 1973 before being upgraded yet again in 1974. The 1972 Porsche 911 S Coupe is perhaps one of the most popular of the early 911 models with collectors thanks to its 2.4L engine and its long-wheelbase body. Most Porsche purists consider this model (and the 1973 911 2.4L) to be the last of the classic Porsches before the 2.7L, which was riddled with engine cooling problems, would be released. Aesthetically, the 2.4L 1972 Porsche 911 S Coupe would receive a small under-bumper chin spoiler, adding high-speed stability as well as a nice appearance. In fact, the result of this aerodynamic work by Porsche reduced front-end lift by more than 40 percent. During 1973, this spoiler would become standard on the 911 S models and optional on the rest of the lineup.

Because the 1972 Porsche 911 S Coupe is widely popular in the collector market, values have remained high despite the economic condition of this country over the last few years. While collecting classic cars is never a sure investment, you can rest assured knowing that the 1971 Porsche 911 S 2.4L is unlikely to fall from grace anytime soon. To ensure you are purchasing one of these desired classics, always check authenticity by verifying chassis and engine numbers against Porsche records. This is particularly important if the seller does not already have a Certificate of Authenticity from Porsche itself. You will also want to have a third-party inspection performed by a Porsche Certified mechanic or one that specializes in classic Porsches. Not only will this help you gauge the overall condition of the car, it will help you determine if the asking price is in line with the condition. Not sure where to start? The Beverly Hills Car Club, a California classic car dealership with a reputation for fair and honest car deals, would be happy to help you find the 1972 Porsche 911 S Coupe you desire.

Experts in the classic car market, they are always happy to share their knowledge with other enthusiasts. They also keep a robust selection of classics in their INVENTORY and may just have the car you’ve been dreaming of in their showroom. Browse their online inventory today to discover the wealth of cars they have available. Don’t see what you’re looking for? Connect today to get started in your search! They look forward to hearing from you soon!