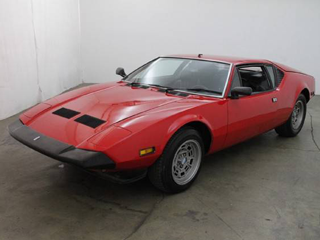 The De Tomaso Pantera SI was offered from 1991 to 1993 and was the last iteration of Panteras from the De Tomaso era. Also called the Pantera 200, this last model was the most radical evolution. The body was restyled by Marcello Gandini who made it look more modern while conserving the lines of Tjaarda. The Ford engine let go of carburetors in favor of a fuel injection system: the Ford EFI. The 5-liter V8 302 was the same unit used on contemporary Mustangs, with different camshafts, springs, and valves. The unit would deliver 305 hp at 5,800 rpm compared to the 247 hp of the original model. The 1992 De Tomaso Pantera was fitted with the same Brembo brakes than the Ferrari F40, a new suspension system, a reworked chassis and new catalyst exhaust system. The inside of the cabin was also largely upgraded with more comfortable seats, added air vents, and a tactile air conditioning command.

A total of 41 examples of De Tomaso Pantera SI were made during its three-year production run and four of those examples were converted to targa by Carrozzeria Pavesi in Milano. Should you have any questions about the model’s specifications or the current market value, The Beverly Hills Car Club team would be delighted to speak with you. In addition, The Beverly Hills Car Club has a wide inventory of classics for sale and your dream 1991 De Tomaso Pantera might be waiting for you at their Los Angeles classic car dealership. Come visit the showroom anytime and get on the phone with one of the experts to ask for their tips and advice. For one, it’s recommended to get the example in the best condition within your budget, to avoid expensive and long service operations.

The Beverly Hills Car Club team is at your disposal to answer any question you may have about a 1992 De Tomaso Pantera, whether it’s in their collection of not. The staff enjoys a great reputation for top quality service and fair deals. Call today to find out more!