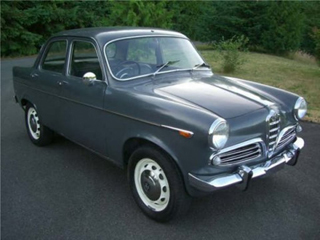 A renowned California classic car dealership based in Los Angeles, The Beverly Hills Car Club looks forward to helping you find the Alfa Romeo Giulietta Berlina classic you desire. From models in need of complete restoration to showroom-quality examples, let their team be your guide to the Alfa Romeo classic car market. Connect today to get started!