Selling or Buying a Lamborghini Espada Series I? 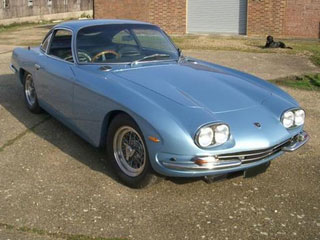 In 1968, Lamborghini introduced the Espada at the Geneva Motor Show and the model was produced for a whole decade, until 1978. Three series of Lamborghini Espada were made. The first seriesalso referred to as S1was produced only in 1968 and 1969 before the series II took over. 186 units of the Lamborghini Espada Series I were made during its one-year production run. The main differences between the first model and later iterations were a slightly lower power output and minor design cues. All models were powered by Lamborghini’s 4-liter, V12, and the first series were tuned to generate an output of 325 hp whereas later models added 25 hp. Inside, the dashboard was revised and a more modern version was fitted on the series II and series III. Series II models were produced from December 1969 to November 1972, and series III variants were offered from December 1972 to the end of the production run in 1978.

Looking to purchase a classic Lamborghini?

If you’re interested in the Lamborghini Espada Series I, The Beverly Hills Car Club would be happy to assist you with your research, purchase, and ownership experiences. The team has long-time experience in the classic car industry and their Los Angeles-based dealership is the home for a wide inventory of classics of all makes, models, and conditions. Come visit the team and view the collection anytime. The friendly staff will welcome you and share their many tips and advice with your, to help you make a smart decision. The team regularly answers questions about value, paperwork, service needs, and many more. If you’re curious about the Lamborghini Espada Series III, please don’t hesitate to call and ask! If you already spotted an automobile you like, be sure to carry out a complete pre-purchase inspection to make sure you know the car’s condition and functioning inside out.

The Beverly Hills Car Club is at your disposal to answer any questions you may have about the Lamborghini Espada Series III, whether you’re unsure about some of the model’s specifications of need advice on how to make a smooth purchase. Call now to speak with the experts!