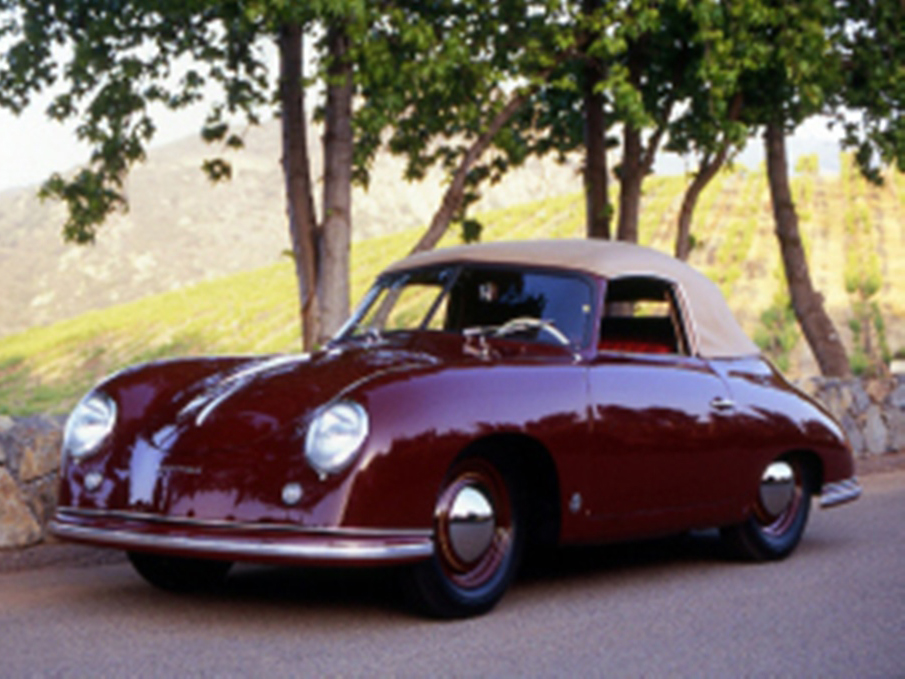 The 1950 Porsche 356 Pre-A Cabriolet would be the first official production model of the Porsche 356, despite approximately 50 models being handmade during 1948 and 1949. Although not an official designation, the Porsche 356 models manufactured between 1950 and 1955 would be called the Pre-A to help distinguish them from the later 356A models that would be released in late 1955. In total, 7,627 Pre-A models would be manufactured, of which 1,409 were Cabriolet models. Other popular Pre-A body styles included 1,900 Speedster models (built from 1954). While these Pre-A examples are rather primitive, changes would be implemented at a fairly rapid pace; they evolved considerably by the time the 356A was released as a 1956 model. Next to the highly sought-after Speedster models, the Pre-A Cabriolets are some of the most desirable in the classic car market today. If you’re thinking about buying a 1950 Porsche 356, you can rest assured knowing this is an investment that, with good care, is unlikely to diminish as time progresses.

Because the Porsche 356 has been recreated as a kit-car and replica for decades, it is important to ensure you are looking at an original Porsche when you are thinking about purchasing. To verify its authenticity, you can check both engine and chassis numbers against Porsche records. You’ll find the chassis number stamped in the trunk area in the front of the tank and the engine number on the base of the generator stand, as well as on the crank casing behind the fan housing. Another concern should be rust. The 1950 Porsche 356 Pre-A Cabriolet received little-to-no rust protection at the time of its manufacturing. Rarity also makes replacing damaged panels quite expensive. Always try to find the most complete, rust-free model of the Porsche 356 that you can, even if this means you have to go up a few model years to find it. Similarly, if you’re looking for a car that is already restored, be sure to check for signs of rust repair and ask for any documentation the owner has on the issue to ensure it has been fixed completely. Lastly, Cabriolet models, because of their open top, generally have more damage to the interior due to sun and weather. Watch for this as you find examples to purchase.

These are just a few of the Buyer’s Tips that The Beverly Hills Car Club is happy to provide on the 1950 Porsche 356 Pre-A Cabriolet. They invite you to browse their current inventory throughout this website and welcome you to contact them with any questions you may have. Don’t see what you’re looking for? Let the team help you find the Porsche classic you desire. Connect with their California classic car dealership today!