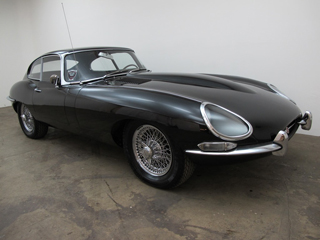 Purchased by only the most discerning and affluent buyers of the time, the 1965 Jaguar XKE was perhaps the most sought-after European sports car during the 1960’s. Not only was the Jaguar XKE stylish and appealing visually, it was incredible to drive. Capable of reaching 150mph, it would leave behind supercars of the day that were twice the price. A proven straight six-cylinder engine that had been used in the XK150 originally powered the XKE, but the engine would see several upgrades over the 13-year lifespan of the series. The 1965 Jaguar XKE received the 4.2-litre version as well as an all-synchromesh gearbox, while later down the line, the Series 3 would come out with an upgraded 5.3-litre V12 engine. Other changes that came with the 1965 Jaguar XKE included: the generator being replaced by an alternator and the electrical system switching to a negative-ground. Inside, the dashboard changed from aluminum to a black finish and more comfortable seats were added.

Putting together a 1965 Jaguar XKE Buyer’s Guide can be quite difficult, as there are a number of items to look for depending on the type of XKE you want to purchase. If you’re looking for a restoration project, items such as rust, originality, availability of parts, and mechanics should be of interest to you. On the other hand, if youre searching for a weekend driver, originality may not be of as much importance, but sound mechanics will be. Those who are searching for a mint-condition XKE for their private collection will have a different set of criteria. Therefore, it is important to know what type of Jaguar XKE you are looking to purchase and the price range you are willing to explore. With more than 77,000 XKE’s produced over the cars 13-year lifespan, the team at The Beverly Hills Car Club a renowned California classic car dealership is confident they can help you find the car that not only meets your needs, but that also exceeds your expectations. As beautiful today as they were when first produced, the Jaguar XKE continues to be an icon of British car history.

To learn more about the 1965 Jaguar XKE or to explore the models currently available in The Beverly Hills Car Club’s inventory, their team encourages you to browse their website at your leisure. Should you have any questions or would like to see a car in person, connect with them today! They look forward to hearing from you and to earning your trust and lasting business. Connect now!