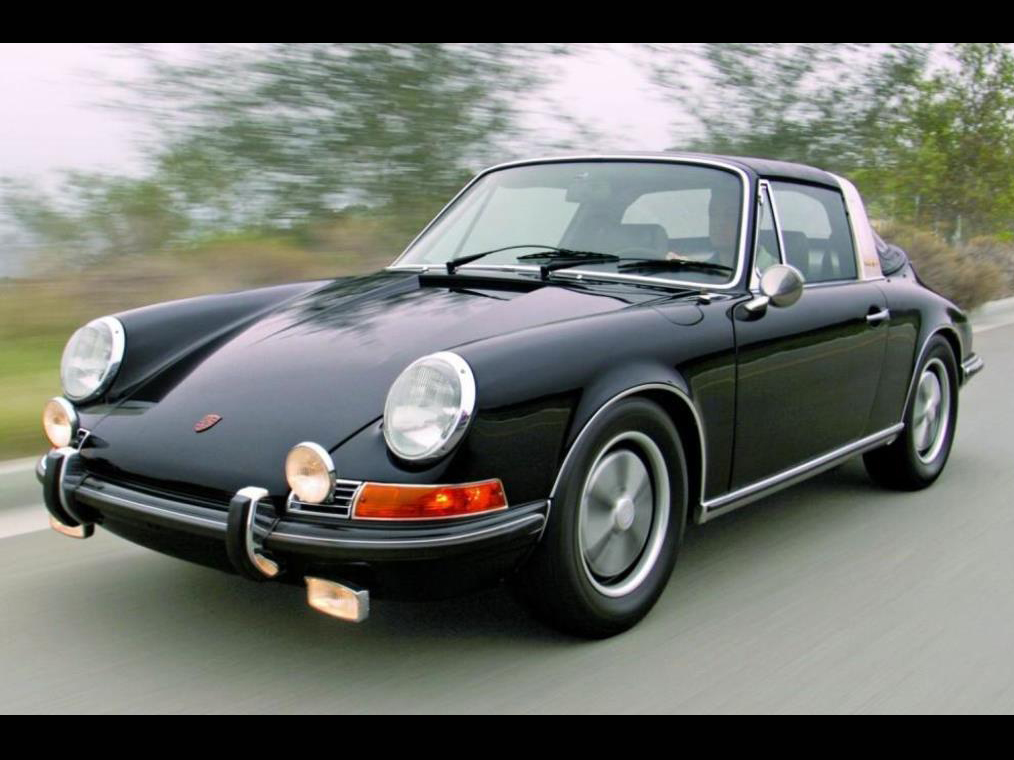 If you’re looking for information on the 1967 Porsche 911 S Soft Window Targa, you’ve come to the right place. While Porsche was discontinuing the Porsche 356 in 1965, the Targa prototype was first shown at the 1965 Frankfurt Motor Show. A U.S. patent would follow the show in 1966, illustrating the Targa with its multiple configurations. In December 1967, Porsche would start producing the first ten Targas, and at least three 912 Targas. Early workshop manuals actually called the Targa a Cabriolet, but nowhere to be found was the fabric top and frame mechanism. Instead a flat safety hoop would be found, in anticipation of future safety requirements, to support both a lift-off folding top and a separate rear window. Targas first came equipped with a flexible plastic rear window, which opened with a zipper. Take the Targa top off for a mega sunroof, or unzip the plastic rear window then have a cabriolet with a roll bar. It’s easy to understand the appeal of these unique classics.

The 1967 Porsche 911 S Soft Window Targa also marked the first year that Porsche released the 911 S, with its more powerful engine and Fuchs alloy wheels. These early model Porsche 911 examples are perhaps some of the most sought-after today, not only because they are low-production compared to other years, but because Porsche purists believe that the early models offer the original style, class and curvature that the 911 became famous for. When searching for a 911 S Soft Window Targa, be sure to fully inspect the car’s engine, overall condition, and in this case, the Targa top. A qualified Porsche mechanic that specializes in these early classics should be able to assist you. Furthermore, always authenticate any model you are considering buying by verifying the engine and chassis numbers against Porsche records. Lastly, ask the sellers for any documentation they may have about maintenance and restoration, as well as ownership history. These documents can help boost your resale value in the future.

For more information on the 1967 Porsche 911 Soft Window Targa, please do not hesitate to contact the team of classic car professionals at The Beverly Hills Car Club today. They look forward to hearing from you and to helping you find the 911 S you desire. In the meantime, be sure to browse their California classic car dealership’s online inventory using this website. Connect today to learn more!