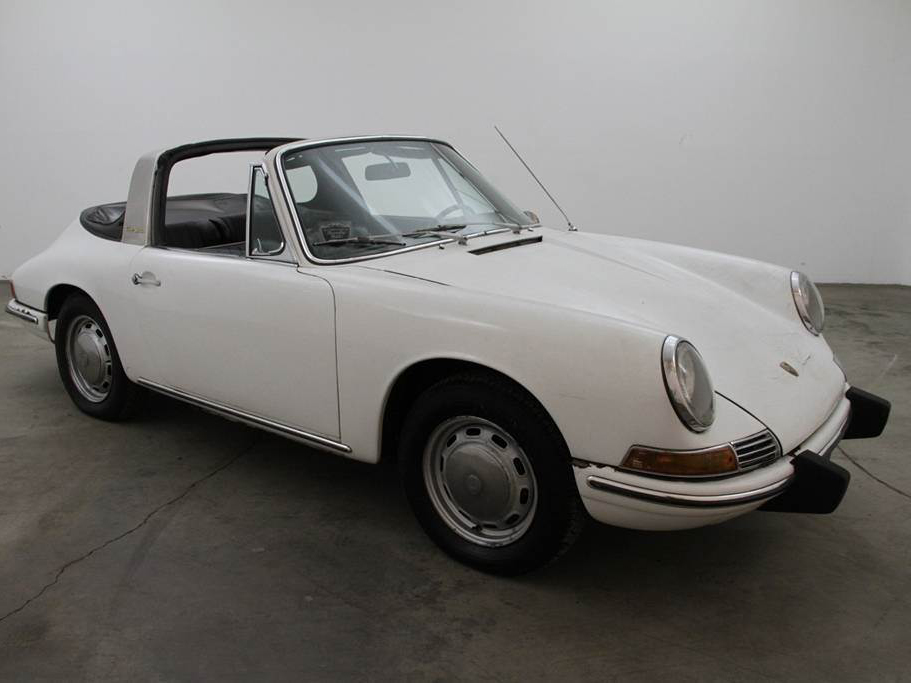 First released to the public in 1965 as an affordable alternative to the Porsche 911, and to fill a gap for an entry-level sports car in their lineup, the Porsche 912 would be virtually identical to its 911 counterpart. Using a four-cylinder engine derived from the Porsche 356 SC, the Porsche 912 was a nimble-handling, compact sports car capable of giving drivers more than 90 horsepower. Interestingly, the 912 initially outsold the Porsche 911, boosting the manufacturer’s total production until success of the 911 was assured. Until 1967, the Porsche 912 was only available in Coupe form. The 1967 Porsche 912 Soft Window Targa would be widely popular and would see just 2,562 models produced between its launch and the model’s end in 1969. If you’re thinking about buying a 1967 Porsche 912 Soft Window Targa, you’ll find that these models are slightly more valued than their Coupe counterparts. Targas would first come equipped with a flexible plastic rear window that was opened with a zipper, while buyers could purchase a hard window as an additional factory option.

Because hard window Targa models became popular in the Unite State, many 1967 Porsche 912 Soft Window Targa models (and other model years) were converted to fixed glass. One way to determine if this was done is to look under the Targa bar where two notches for the tensioning handles were located. Advantages of the fixed glass included lower maintenance, a quieter driving experience, and electric defrost. On the other hand, many buyers enjoyed the flexibility of the soft window and the many different configurations that could be achieved, and opted for this style even though the fixed window was available. If you’re thinking about buying a 1967 Porsche 912 Soft Window Targa, you’ll want to watch out for many of the same considerations as the 912 Coupe. For instance, you’ll want to purchase the best condition model you can find, as restoration costs often outweigh the value of the car. You’ll also want to thoroughly examine for rust, as these cars did not receive any type of rust protection.

Want more Buyer’s Tips for the 1967 Porsche 912 Soft Window Targa? Connect with the team of California classic car dealership professionals at The Beverly Hills Car Club today. In the meantime, they encourage you to browse their online inventory to view the 912 classics currently available to you. Questions? Connect with their team today. They look forward to hearing from you and to helping you find the classic you desire.