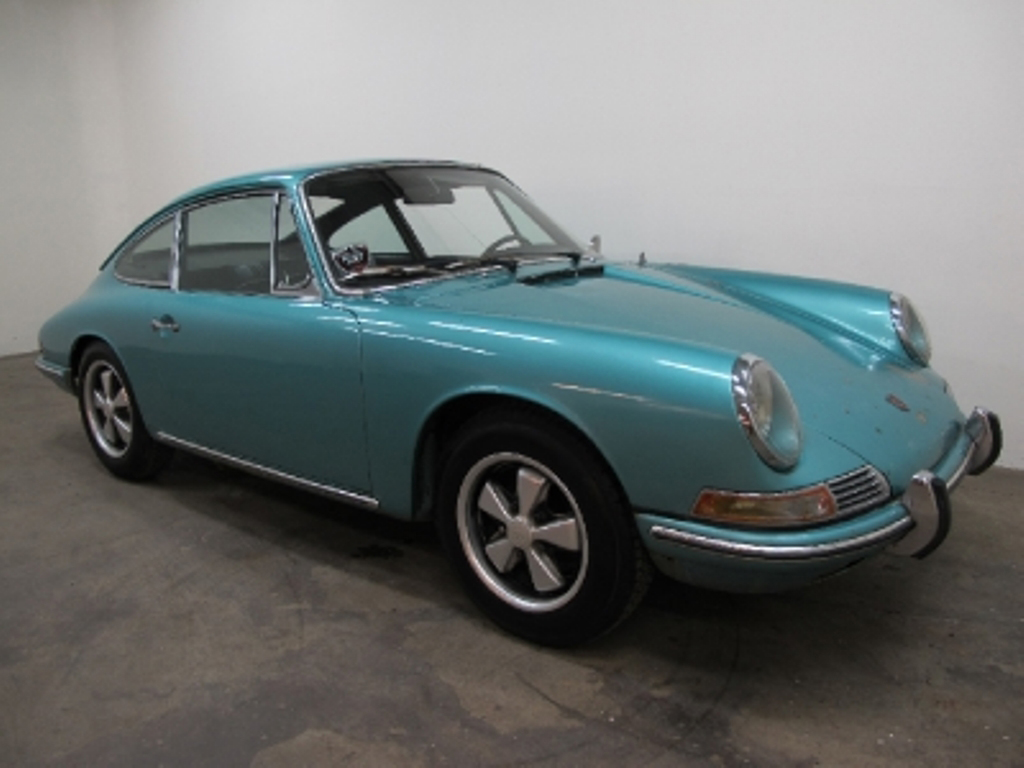 Very few changes happened over the course of the short-lived Porsche 912 (1965-1969); however, the 1967 model-year would see a few. Among them, the 1967 Porsche 912 Coupe would receive modified transmission and engine mounts, new door locks, and a different horn button. Also during this time, the Coupe would get a sister-model, the Porsche 912 Targa, with its removable roof panel, fixed roll bar, and soft rear window. Like the previous models, the 1967 Porsche 912 Coupe and Targa models would utilize a 90 horsepower flat-four that was derived from the previous Porsche 356 SC. While it was easy to call this car an imposter, thanks to it being virtually identical to the powerful Porsche 912, the 912 was actually a better-handling car. The four-cylinder engine’s lighter weight was so significant that it improved weight distribution and made the car a pleasure to drive. Porsche 911 owners may have something to say about that, but 912 owners will back up this claim. Similar to its position in the market during its time, today the 912 is a great alternative to enthusiasts who want to own a 912 but for some reason can’t.

One of the most important Buyer’s Tips for the 1967 Porsche 912 Coupe is to ensure you buy the example in the best condition you can afford. You’ll want to avoid the models that are in rough condition, since the cost of fixing up a poor condition model generally can’t be justified given the model’s generally low prices. This is particularly true because the cost of labor and parts for a 912 is typically just as much as for a classic 911. Targa models are typically a bit higher valued than Coupe models, again depending on condition. As with any classic Porsche from this era, carefully check for rust problems in both the chassis and body. None of the early models benefited from rust-protection measures and extensive rust repair is typically cost prohibitive. The 912 engine is also prone to oil leaks, like most from this period, so be sure to look for signs of leaks around the valve covers, pushrod tubes, oil cooler and crankshaft seals among other places. For more Buyer’s Tips like these, the team of classic car professionals at The Beverly Hills Car Club encourage you to contact them today!

Backed by years of experience buying and selling classic cars across the country, the team at The Beverly Hills Car Club would be delighted to speak with you about the 1967 Porsche 912 Coupe or any classic you have in mind. They also invite you to browse their website to view their current selection of inventory. Should you see a car of interest or would like to schedule a consultation, connect with them today. They look forward to hearing from you soon and to seeing that new Porsche 912 classic in your garage soon!