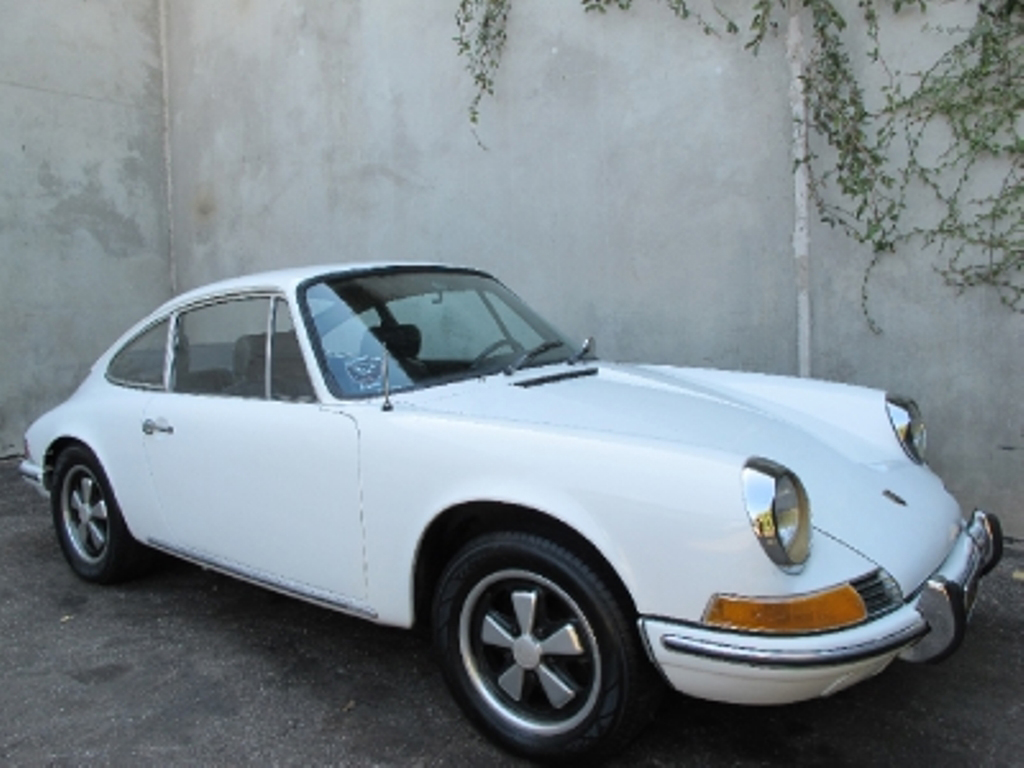 In 1967, Porsche started to differentiate the Porsche 911 into three distinct variants, each with their own character and market appeal. While the Porsche 911 T was the cheapest version, replacing the 912, fewer adornments and a 4-speed manual contributed to the lower price. Introduced in 1967, the Porsche 911 T would see great success as an entry-level 911 for buyers who wanted all the appeal of a 911 without the hefty price tag. The 1969 Porsche 911 T featured a detuned engine to 110 horsepower, while the 911 E had 140 horsepower. Offered in both a Soft Window Targa and a Coupe model, this segment of the 911 lineup is still popular today for the same reasons. Whether you’re looking for a 1969 911T as your primary driver, your weekend getaway car, or as a restoration project, you’ll find all the Buyer’s Tips you need here on The Beverly Hills Car Club website.

During this time, the 1969 Porsche 911 T also distinguished itself from its 911 S and 911 E counterparts with the continued use of carburetors. The other models were changed to fuel injection in an effort to reduce emissions while maintaining performance. The 1969 models were also the first of the longer-wheelbase 911s, as well as the first production models with fender flares. In addition to longer rear trailing arms that lengthened the wheelbase by two inches, the front suspension was changed to incorporate a better ball-joint design, which eliminated the front-end vibrations that the early 911 models were known for. With all these changes in consideration, it is easy to understand why the 1969 Porsche 911 T is among one of the most popular entry-level Porsche 911 models in the classic car market today. If you’re thinking about buying a 1969 Porsche 911 T, the classic car professionals at The Beverly Hills Car Club encourage you to contact them today to learn more. They are always eager to share their knowledge with other Porsche enthusiasts and may have the 911 T you’re looking for in their inventory. Don’t see the car you’re looking for? They can use their industry connections to help you find, negotiate and purchase the 911 you’ve always dreamed of.

For more information, please do not hesitate to contact their team today. In the meantime, they encourage you to browse their online inventory to view the 1969 Porsche 911 T models currently available to you. Should you have any questions or would like additional Buyer’s Tips, they are just a phone call away. Connect today to get started and to be one step closer to seeing a classic Porsche in your garage!