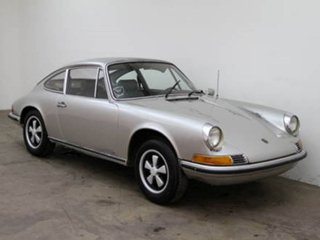 With another displacement increase scheduled for release in 1972, very little was changed from the 1970 to the 1971 model-year 911 cars. Like the 1970 model, the 1971 Porsche 911 T now offered a 2.2L engine and Zenith 40 TIN carburetors in place of the previous Weber carburetors, which featured an electric cutoff on the idle circuit to improve emissions. In fact, emissions were a major factor during this era, as Porsche had become the first German manufacturer to comply with strict U.S. exhaust emission control regulations just a few years earlier. New safety guidelines were also coming down the line and Porsche would respond during the 1971 model-year with new door handles that had an interior trigger lever for improved safety in rollover-style accidents. Like the 1970 model, the 1971 Porsche 911 T continued the use of vented brake discs, which had been a new addition to the 911 T despite the 911S and 911E having used them for several years prior.

One of the first steps you’ll want to take when inspecting any potential 1971 Porsche 911 T for purchase is to step back and take a good look at the car. Inspect the lines and contours of the body. Look for ripples and dents, especially along the roof and lower trim pieces, which can be an indicator of a previous impact. Always run your hands along the panels to gauge panel alignment, and keep an eye out for evidence of filler or overspray, which may be an indication that previous bodywork has been performed on the car. If the work has been done right, previous bodywork doesn’t have to be a deal killer, depending on your reasons for purchase. If you’re looking for a pristine original, you may want to move on. Similarly, if you’re looking for a model as your everyday driver, be sure to have a certified Porsche mechanic or classic car specialist full-inspect the engine components to ensure there isn’t anything hiding under the hood. For more 1971 Porsche 911 T Buyer’s Tips, the team at The Beverly Hills Car Club encourages you to contact them today! Always eager to share their knowledge and expertise with other enthusiasts, they look forward to hearing from you soon.

The Beverly Hills Car Club is a California classic car dealership based in Los Angeles, and has a reputation for fair and honest car deals, as well as some of the finest classics. View their online inventory of classics to explore the 1971 Porsche 911 T models that may suit your needs. Have questions? Connect with their team today. They are standing by to assist you and look forward to seeing that new classic in your garage. Connect now.