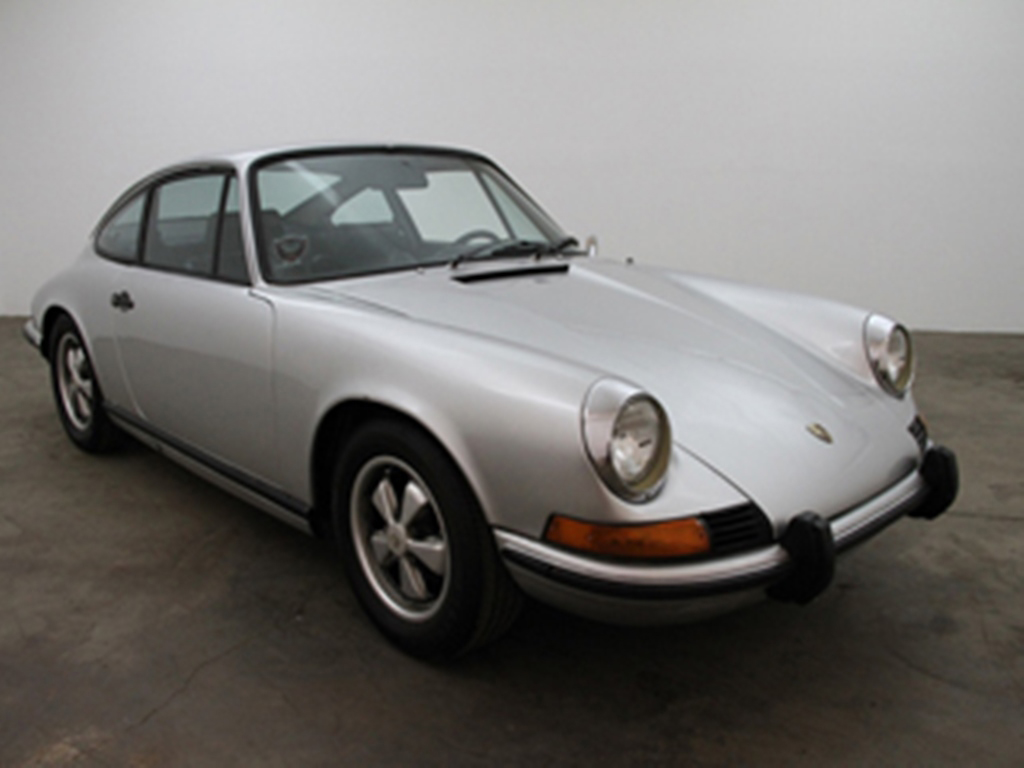 The 1973 Porsche 911 T would be the last of the 911 T models, while the 1973 model-year would also be the end of what enthusiasts call the middle-years cars. Several changes happened during this year, including the fender-mounted oil-filler neck being removed, and the oil tank moving back to its original position in the engine compartment. (In 1972 it had been moved in front of the right rear wheel to improve weight distribution.) While it is uncertain why Porsche moved the oil tank back, enthusiasts at the time alleged that some owners were putting gas in the oil tanks, as the fender-mounted oil-filler door resembled a gas-cap door. Whatever the reason, it would not be moved back in front of the right wheel for another 25 years, when the Carrera 4 was introduced. Doors also received reinforced side beams thanks to new U.S. safety requirements, as well as inertia-reel seat belts, and the exhaust system was now manufactured of stainless steel. Mid-year in 1973, the U.S. version of the 911 T received an engine with a new Bosch Continuous Injection System (CIS) fuel injection the first production application of CIS. Often referred to as the 1973.5 911 T, it produced 140 horsepower as before, while the 911 E and 911 S continued to use the standard Bosch mechanical fuel injection.

If you’re thinking about buying a 1973 Porsche 911 T, you’ll find that a lot of them were built, so it’s usually easy to find a nice example at a good price. Whether you’re looking to use the 911 T as your everyday driver, your weekend car, or simply want to add the car to your collection, The Beverly Hills Car Club always recommends hiring a third-party company to perform a thorough pre-purchase inspection. Taking the time and care to do this inspection can save you thousands of dollars in the long run should there be hidden problems with the car. If you’re not sure who to contact, The Beverly Hills Car Club would be happy to make recommendations, as they work with companies like this across the country. Overall condition is going to play a large role in the value of any 911 T. The classic car professionals at The Beverly Hills Car Club also recommend a thorough check for rust and any rust repair. You should also ask the seller for any documentation they have on the car’s ownership history, maintenance and repairs, as this can boost your resale value in the future.

A California classic car dealership with a worldwide reputation for fair and honest car deals, The Beverly Hills Car Club encourages you to browse their website to view the classic Porsche 911 models they currently have in inventory and to learn more Buyer’s Tips for the 1973 Porsche 911 T. Should you have any questions or would like to see one of their cars in person, do not hesitate to contact them today! They look forward to hearing from you soon!