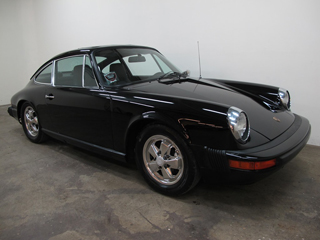 Perhaps the biggest success story and most exciting launch of the mid-1970s 911 models was the release of the 911 Carrera RS. Valued by collectors today, they are often considered to be the greatest classic 911 of all-time. The 1974 Porsche 911 RS, which stood for “Rennsport” in German or “Race Sport” in English, signified a competition Porsche. Demand proved strong and more than 1,636 were ultimately produced. While these models were available in Europe, they were not available in the United States due to emissions standards. Undeniably powerful, the engine was a new 2.7-litre version of the now legendary flat-six. These classics are unmistakable, as all were finished in white and Zuffenhausen designers played up the return of the Carrera by putting an oversized version of the traditional name script above the rocker panels in blue. Rear fenders were also flared out to suit the wider wheels and a small spoiler can be found beneath the front bumper.

Whether you’re searching for a 911RS or simply want a model from the 1974 production run, you’ve come to the right place. The team at The Beverly Hills Car Club can provide you with numerous Buyer’s Tips as you begin your search. Most notably, the 2.7-litre engines have a very documented issue with engine lifespan. Porsche had increased the displacement without providing enough cooling and the U.S. models that had thermal reactors got exceptionally hot. The result is head studs that get pulled out of the crankcase and destroy valve trains. In fact, the 2.7-litre engines have an average engine life of approximately 50,000-miles. The 1974 Porsche 911 is a great year to consider if you like the styling of the mid-year 911’s but don’t want the issues of the 2.7-litre engine because the 1974 models did not have the thermal reactors. This helps extend the life slightly. This problem can be mitigated by having the crankcase helicoiled, where threaded inserts are added to hold the cylinder studs tightly, or by replacing the 5-blade fan with an 11-blade. If you’re going to buy a 2.7-litre, be sure to inquire about these repairs.

When you’re ready to explore the 1974 Porsche 911 options available to you, The Beverly Hills Car Club stands ready to assist you. In the meantime, their California classic car dealership encourages you to browse their online inventory via this website and welcome you to contact them with any questions you may have. They look forward to hearing from you soon.