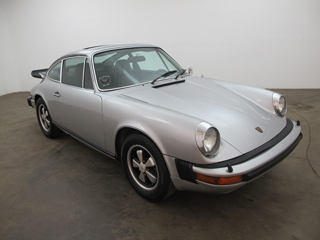 For 1975, Porsche made some changes to both the Carrera and the 911S, while eliminating the base model 1975 Porsche 911. The Carrera gained a deeper front spoiler and IROC-style rear spoiler, and standard features now included push-out rear windows, intermittent wipers, a rear anti-roll bar, and full leather interiors on the Carrera models. The Carrera now cost $1,700 more than the 911S, but made up for it with standard body-side graphics in special colors and a three-spoke steering wheel. Much of the shiny materials that had been found inside the cabin were now changed to matte black, as they were banned as distractions to drivers. Overall, the 1975 Porsche remained one of the best sports cars in the world. In fact, Road and Track Magazine shared this sentiment, declaring “If an automotive bargain still remains in our inflation-ridden world, the Carrera, or any 1975 911, is it.”

The entire 911 lineup was changed with the release of the 1974 911, with the base 911 having the new 2.7-litre, flat-six, which was derived from the Carrera RS engine. The engine was fantastic until the introduction of the emissions equipment in 1975, which increased the engine bay temperature drastically and strangled breathing. Consequences were serious and the average lifespan of the engine dropped to just 50,000 miles. If you are interested in a 1975 Porsche 911, this is something to take into consideration. Is the engine original? How many original miles are on the engine? Has the engine received cooling upgrades? Has the engine been replaced? Many buyers love the styling of these late 1970's 911’s and either disregard the engine issues or repair or replace the engine. Others purchase 1975 models where this issue has already been addresses. The preference is of course up to you. These are just some of the Buyer’s Tips offered by the experts at The Beverly Hills Car Club. A California classic car dealership based in Los Angeles, they have assisted countless clients buy and sell their dream cars. It would be their pleasure to discuss your options today.

For more information on the 1975 Porsche 911 or to view current online inventory, the team welcomes you to tour their website at your leisure. Should you have any questions or would like to see any of the cars in person, they are just a phone call away. Don’t see what you’re looking for? Contact them today to discuss your specific requirements. Connect today!