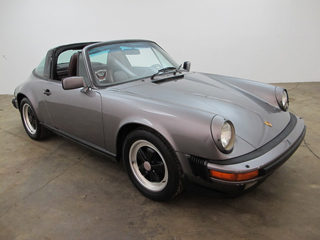 In 1986, the Porsche 911 Turbo finally returned to the United States thanks to new engine electronics that put the 282 horsepower, 3.3L engine into compliance with the tougher emissions regulations of the United States. There were some drawbacks however. The new Turbo was only offered as a Coupe and with only a four-speed manual transmission. While the Turbo was widely popular during 1986, the regular 1986 Porsche 911 Carrera continued to be the main breadwinner for Porsche, although it was relatively unchanged from the 1985 models. Porsche would continue with this body style until 1988, when they would release the 911 Carrera 4, also known as the 964. The 1986 model year is also noted for more effective airflow due to the redesign of the ventilation system and for being the first model in which the previously used rubber-centered clutch that was prone to failing and would send rubber pieces into the transmission was replaced.

Known as part of the second-generation 911’s – or the Golden Age – the 1986 Porsche 911 is an excellent car for first-time collectors or Porsche enthusiasts that are ready to become owners. The most obvious revision from the original 911 was the addition of the heavy bumpers that met new U.S. standards intended to protect a car’s bodywork and lower insurance premiums. They became so well liked over the years that many early 911 owners updated their cars with the heavier bumpers. This body style became so iconic that it lasted from 1974 to 1989. One of the best Buyer’s Tips that the professionals at The Beverly Hills Car Club can provide is to ensure you do not settle for a 911 that is not exactly what you’re looking for. With more than 170,000 produced during this second-generation, there are a great number of classics available to you. Finding the right combination of body style, condition, originality, engine, and make (whether a Coupe, Targa, Cabriolet, Turbo or Limited Edition model) is attainable with the help of their team of experts. At The Beverly Hills Car Club, a Los Angeles based California classic car dealership, they have their finger on the pulse of the classic car market and can help you find, negotiate and purchase the 1986 911 you’re looking for.

When you’re ready to take the next step, their team encourages you to browse their online inventory to view the current 1986 Porsche 911 models available to you. They are always just a phone call away and look forward to hearing from you soon! Connect today!