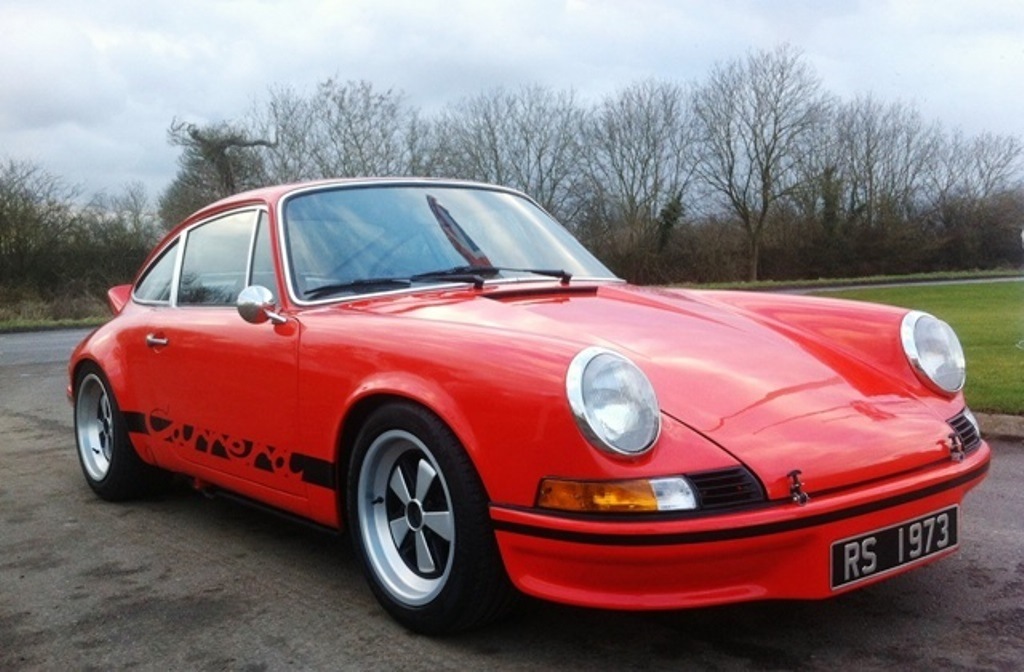 Valued by collectors, the Porsche 911 Carrera RS is considered by many to be the greatest classic 911 of all-time. First unveiled in 1972, the 911 Carrera RS was one of the fastest cars that entered mass production, being able to run with a maximum speed of no less than 150 mph. The RS, which denotes a rear-wheel drive system combined with several sports features, had a 2.7-liter engine that gave a maximum power of 210 horsepower. This, combined with a 5-speed manual transmission, meant that 1972 Porsche 911 Carrera RS could accelerate from 0 to 100km/h in less than 5.5 seconds – quite an impressive feat for a car launched during the 70’s. Compared to the standard Carrera, the 2.7 RS featured a larger engine, wider flares to accommodate the Fuchs alloy wheels, stiffened suspension, larger brakes and a ducktail rear spoiler.

Initial production for the Porsche 911 Carrera RS was only 500 cars and it sold out almost immediately. Three versions were available, including a lightweight Sports trim, Race trim, or the more opulent Touring trim. The lightweight version was substantially lighter with thin-gauge body panels, lighter windows, and a stripped out interior. Production began in April 1972 and finished in July of the same year, with at total of 1,580 cars being produced. Approximately 1,300 of these were the standard Touring model. If you’re looking to buy classic Porsche 911 Carrera RS models, you’ve come to the right place. The team at Beverly Hills Car Club is experienced in the purchase and sale of Porsche 911 Carrera RS models and can help you find the perfect car for your collection. Recent sales in the Carrera RS market have sold anywhere from $250,000 to over $600,000; of course, price varies depending on a number of factors.

Whether you’re looking to buy vintage Porsche Carrera models, buy classic Porsche 356 cars, or have your sights set on another Porsche 911 year and model, the team at The Beverly Hills Car Club will be happy to assist you. Connect with them today to get started!