Buying or Selling a 1955 Arnolt Bristol 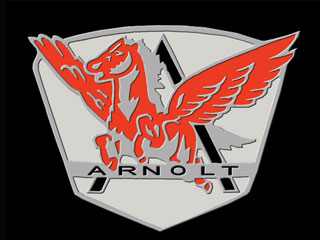 The classic Arnolt Bristol automobiles were a rare and exotic range of racing cars that were built between 1954 and 1959 as a joint project between American businessman, Stanley Arnolt, and Bristol Cars. Arnolt struck a deal with the British company to purchase 200 chassis and engines of the Bristol 404-Series model, and then created a truly unique sports car. All but an estimated three of the Arnolt Bristol models were open-air roadsters, and ever Arnolt Bristol came with the same 1971 cc six-cylinder engine, although its not unlikely to come across models with engines that were customized for racing purposes. Overall, the 1955 Arnolt Bristol was a powerful car that was light weight and very successful on the racetrack. Because it was such a rare automobile, the average person knew very little about Arnolt Bristol models; however, these sleek sports cars did generate a lot of attention among racing enthusiasts in the United States and Britain.

Few cars are as stylish and elegant as the Arnolt Bristol. Along with being a top performer on the road, Arnolt designed this car to look similar to the Italian sports cars of the time. This, combined with the fact that its an incredibly rare car to own, has made the Arnolt Bristol a highly coveted car for classic car collectors.