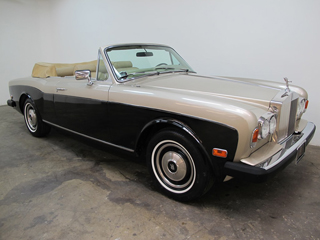 Ahh Rolls-Royce; a long and storied history with many amazing classic cars, from the Silver Shadow II, to the rare Phantom Fixed Head Coupe, from pre-war to post-war, and up until today. The brand was introduced over 100 years ago at the 1904 Paris Motor Show. The Rolls-Royce 40 / 50 horsepower (later renamed Silver Ghost) was exhibited in London during the Olympia Motor Show in 1906, which resulted in a huge increase in their reputation in the world of automobile production. The automobile designs by Rolls-Royce have long since become legendary. By the early 20th century, these images were akin to celebrities and luxury, as the King of England himself, and the earliest Hollywood celebrities were widely published driving in a Rolls-Royce car.

For over a century now, Rolls Royce has been the very word when it comes to opulence and style in motor vehicles. As you can imagine, models that were hardly budget in their day can only increase in value as time passes and rarity increases. For an extreme example, The Silver Ghost, one of Rolls Royces earliest and most prolific products is considered the most valuable car in the world, estimated to auction at almost fifty million dollars. Other examples would be models like the Wraith and Phantom IV, which were only produced in small numbers, or any cars with special attributes that could separate them from the flock. In the world of classic cars, scarcity, history, and authenticity are the pillars of value. 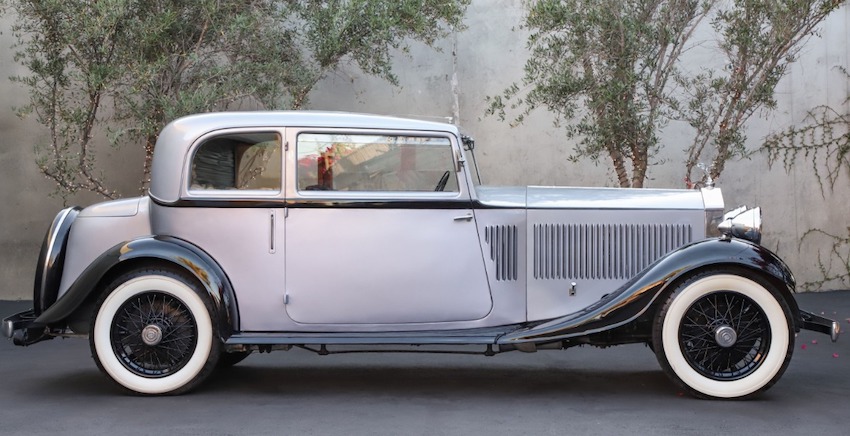 However, the aforementioned are not the only factors that determine the value of a truly classic car. Others include how well the vehicle was maintained throughout its life and somewhat paradoxically, the originality of the parts within. In this market of enthusiasts and antiquarians, the conclusion has been made that if you replace every part of a ship with a new part, it becomes a different ship. In applying that logic to cars, it has been decided that a car sporting non-factory original parts is worth quite a bit less than one that does to varying degrees. This is based mostly on which parts are replaced and the origin of the replacement parts. However, the most valuable version of any car is one that has never been driven or altered, and indeed any flaw, however minor, is going to lower the value.

Is Rolls-Royce a vintage car?

Antique automobiles – profitable investments? The Acura Integra might be a classic some day, but most classic car lovers would prefer a Heritage Rolls Royce!

What is the oldest Rolls-Royce car?

The Rolls-Royce (10 horsepower!) is the first car produced in a deal signed between Henry Rolls and Charles Roll.

Which is the best classic Rolls-Royce?

The Silver Ghost remains one of the longest-manufactured Rolls-Royce in its history. 6173 vehicles between Manchester and Derby were built between 1907-1925 and 1703 vehicles from 1926 in Springfield, USA.

Arriving at the true value of a car before you buy it is always a necessity, but nowhere could that necessity be more necessary than it is for a Rolls Royce. These engines of luxury, marching ever on towards even higher value as, are constantly losing units to decay and disrepair; some may harbor this disease in secret. Be very aware of what you are buying, as your money is worth the pains you take to save it. Make sure to buy only from reputable, honest dealers, like the Beverly Hills Car Club!

What is The Best Place Online to Buy or Sell a Classic Rolls-Royce?

Wondering “how to sell my classic Rolls Royce?”

We’re a buyer who will appreciate your classic Rolls-Royce for what it is. You’ll want to sell classic Rolls-Royce cars to someone who won’t just listen to you wax lyrical, but will join in and understands how these features make the car valuable. That’s how you know your baby will be taken care of and that you’ll get the right price.

Alex Manos and Beverly Hills Car Club are always looking for classic Rolls-Royces. Decades of experience buying and selling these luxury vehicles. We can offer you a price that’s better than most buyers.

If you have a classic Rolls-Royce for sale, call today to discuss a potential offer for your vehicle!