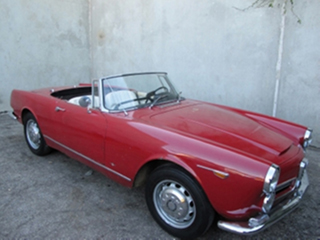 When the Alfa Romeo 2600 was released, it would use the chassis of the Alfa Romeo 2000 with some modifications such as the adoption of disc brakes. Exterior designs mimicked those of the previous 2000 range. The 1965 Alfa Romeo 2600 Berlina is recognizable by the addition of two headlights in the front grille and by the reduction of the rear fins on the wings. On the other hand, the Spider Convertible would gain quarter-lights and the Sprint Coupe would gain a bonnet duct. If youre in the market to buy a 1965 Alfa Romeo 2600 whether a Sprint, Spider or Coupe one of the most important Buyers Tips is to ensure you understand the overall condition of the example youre planning to purchase. Rust plays a major role in the condition of these classic Alfa models, like many classics of this era, and should be inspected thoroughly. Similarly, you should always check for originality and to ensure any restoration or repairs were completed with a high standard. To help authenticate the value of a potential purchase, be sure to ask the seller for any documentation regarding ownership history, repairs or service. This can give you an excellent glimpse into how the car was cared for over the years.

Specializing in the purchase and sale of American and European classic cars of all makes, models and conditions, it would be the pleasure of The Beverly Hills Car Club to help you find the 1965 Alfa Romeo 2600 classic you desire. From models in need of complete restoration to museum-worthy examples, let their team be your guide. They look forward to hearing from you soon and encourage you to tour their online inventory of classics to learn more. Connect today!