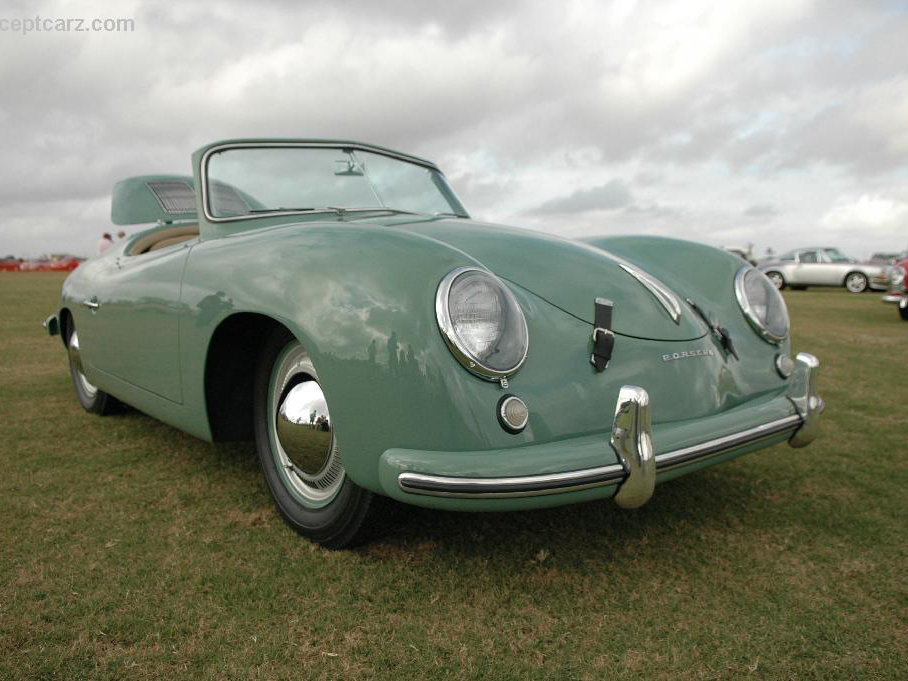 The Porsche 356 was first introduced via approximately 50 handmade, aluminum-bodied examples during 1948 and 1949. In 1950, the iconic lines and raw racecar feel of the Porsche 356 would be released to the public. Over the next 15 years, the German automaker would see more than 76,000 models roll off the production floor straight into the garages of enthusiast across the world. Initially available as a Coupe and Cabriolet, the Cabriolet models were widely sought-after for their open-air appeal and were the epitomes of Porsche driving at the time. If you’re thinking about buying a 1953 Porsche 356 Pre-A Cabriolet, the team at The Beverly Hills Car Club, a California classic car dealership based in Los Angeles, can assist you in finding the model you want, in the condition you desire. In 1953, only 1,997 Porsche 356 Pre-A models were built, of them 460 were Cabriolet models.

One of the biggest Buyer’s Tips that The Beverly Hills Car Club can offer on the 1953 Porsche 356 Pre-A Cabriolet is to focus first on body condition and completeness, and second on mechanics. Generally speaking, the mechanics of these cars have stood the test of time and are fairly easy to work on. On the other hand, rust can be a nagging culprit. Because these cars were manufactured in Europe during the 1950s, little-to-no rust protection was used to protect them. Add in the fact that many of these cars were shipped across the ocean, and you have a breeding ground for rust, rust, rust. Certain areas of rust are more easily fixed than others; body panels are notoriously difficult. Many collectors believe that it is even better to move to a different model-year if you can’t find one in the condition you desire. Only you will know how much rust you are ready to deal with. It is important to mention that if you are looking at a fully restored example, be sure to check for signs of rust repair and ask for documentation showing how the problem was corrected.

These are just a few of the tips that The Beverly Hills Car Club team has learned over their years of buying and selling 1953 Porsche 356 Pre-A Cabriolet models and other European and American classics. When you’re ready to buy a Porsche 356, be sure to check their online inventory for availability. Don’t see what you’re looking for? Contact their team today to discuss your specific wants and to begin the search for the classic you desire. Connect today to get started!