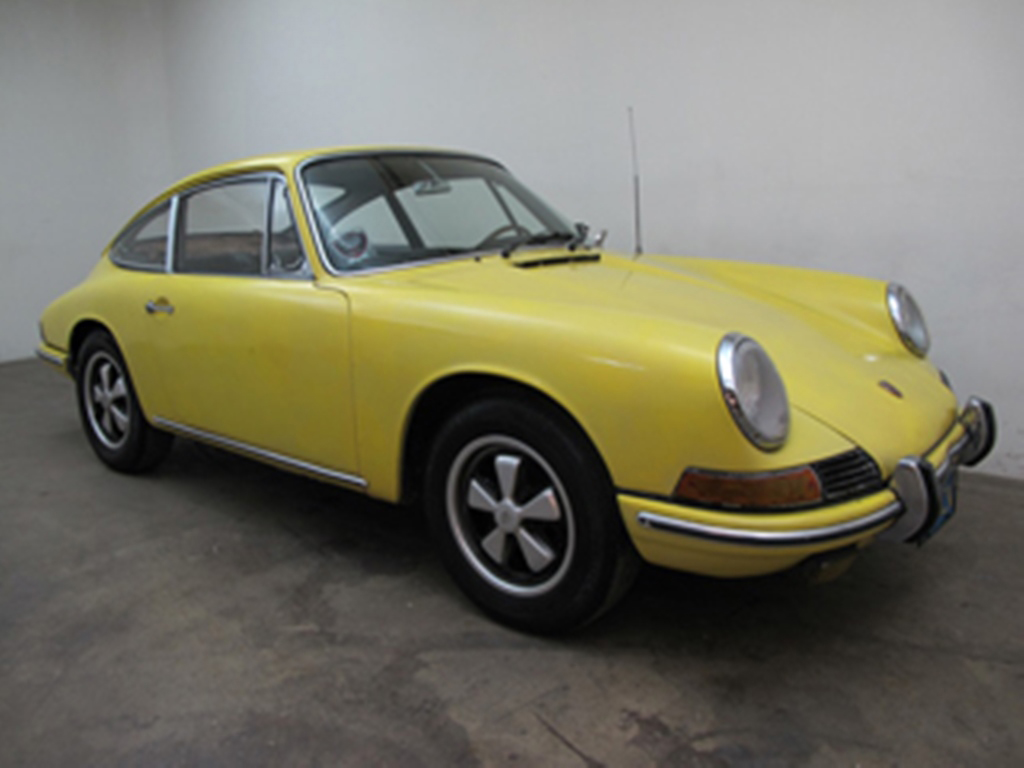 German automaker Porsche would end production of the world-famous Porsche 356 in September 1965 and would replace the model with the long-lived Porsche 911. Because the Porsche 911 was moved to the high end of the market and the 356 had been eliminated, Porsche needed an entry-level model to fill the gap. Enter the Porsche 912. While enthusiasts often call the Porsche 912 an imposter, it was a great alternative for those who wanted to looks of a 911, but could not afford it. Instead of the flat-six engine offered in the 911, the 1965 Porsche 911 Coupe would give buyers a 90 horsepower four-cylinder engine derived from the Porsche 356SC. Interestingly, this new, lower-cost model was actually a better handling machine, thanks to the engine’s significantly lighter weight, which improved weight distribution. Aside from these changes, the 912 and 911 were practically identical. Body shell, brakes, suspension and interior were all the same. Cost cutting measures, however would eliminate the wood dash, a few gauges and painted wheels would replace the chrome ones found on the 911.

For today’s classic car buyers, the 1965 Porsche 912 Coupe offers an interesting perspective. The model costs far less than a 911 from the same time period, and is a great buy for those who don’t want or need the power offered from the 911. The Porsche 912 would be offered first as a Coupe and would later introduce a Targa configuration in 1967. Generally speaking, the Porsche 912 models tend to be less taken care of than their 911 counterparts. Because of this, buyers will find that there are a lot of very inexpensive yet worn-out 912 models out there. The Beverly Hills Car Club recommends staying away from the really worn-out models because the cost of fixing a bad condition model really can’t be justified given the 912’s low prices. Even more so than with the Porsche 911, you’ll want to find the best condition model you can within your budget. This is especially true because parts and labor on the 912 tend to cost the same on the 911. Similarly, a Coupe is often in better condition than the later year Targas, as the Coupe is not as exposed to the elements like a Targa.

For more Buyer’s Tips like these for the 1965 Porsche 912 Coupe, please do not hesitate to make contact with the team at The Beverly Hills Car Club. In the meantime, they invite you to browse their website to view their online inventory and welcome you to contact them with any questions you may have. They look forward to hearing from you soon!