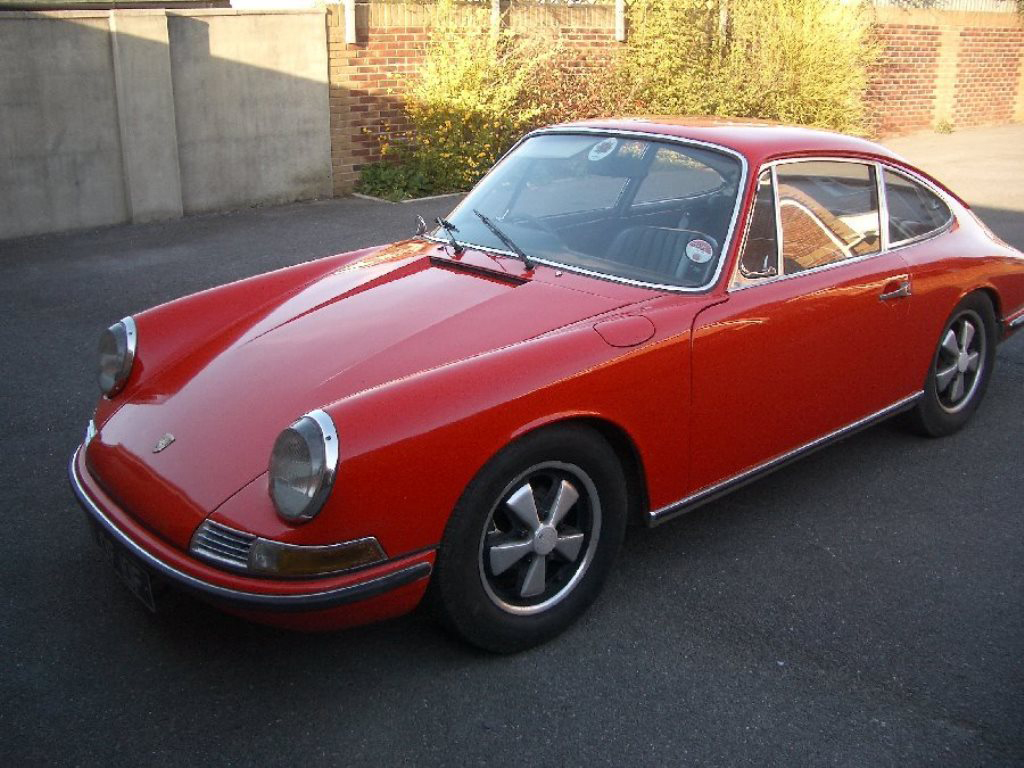 As the widely anticipated successor of the Porsche 356, the Porsche 911 stole the hearts of sports car enthusiasts from the beginning. The prototype was unveiled at the Frankfurt Motor Show in 1963 as the 901, and renamed the 911 for its market launch in 1964. Its air-cooled six-cylinder engine delivered 130 horsepower and an impressive top speed of 131mph. In 1966, the German automaker would present the Porsche 911 S, which debuted forged allow wheels from Fuchs, increased power and a new leatherette interior complete with leather-wrapped steering wheel. If you’re looking to purchase a 1968 Porsche 911 S Coupe, things may get a bit confusing. You see, in 1968 Porsche actually dropped the 911 S from the American market, and the 911 T, while cheaper, was introduced in Europe. For most collectors, however, the model year is not the deciding factor in buying a 911S, owning any of these early 911 S models is the goal. If you run across a 1968 Porsche 911 S Coupe during your search for a classic 911, be sure to authenticate it by matching engine and chassis numbers with Porsche records. You can also ask the seller if they have gained a Certificate of Authenticity from Porsche itself.

As with most classic cars, condition is everything. When searching for a 1968 Porsche 911 S Coupe, be sure to be patient for the right one to come along. And, as always, be sure to hire a third-party inspection service that can verify the overall condition, mechanics and originality of the car. Like all classics of this era, one of the main issues that can plague 911 S models is rust. Because these cars were manufactured prior to new protocols for rust protection, you’ll have to be wary of any seller that says their car is completely rust-free. Always perform your inspection on a lift to ensure you can view the underbelly and frame. Repairs to rusted areas, depending on their location, can be quite expensive. These are just a few of the Buyer’s Tips that the team at The Beverly Hills Car Club has learned over their years of buying and selling European and American classics. When you’re ready to learn more, they are always just a phone call away.

Based in Los Angeles, The Beverly Hills Car Club is a California classic car dealership with a worldwide reputation for fair and honest car deals. They are also known for sharing their knowledge of classics with others and for helping buyers find the classics they desire. Have questions? Ready to start your search? Connect with their team today! They look forward to hearing from you soon and to helping you find the classic Porsche 911 you’ve always dreamed of.