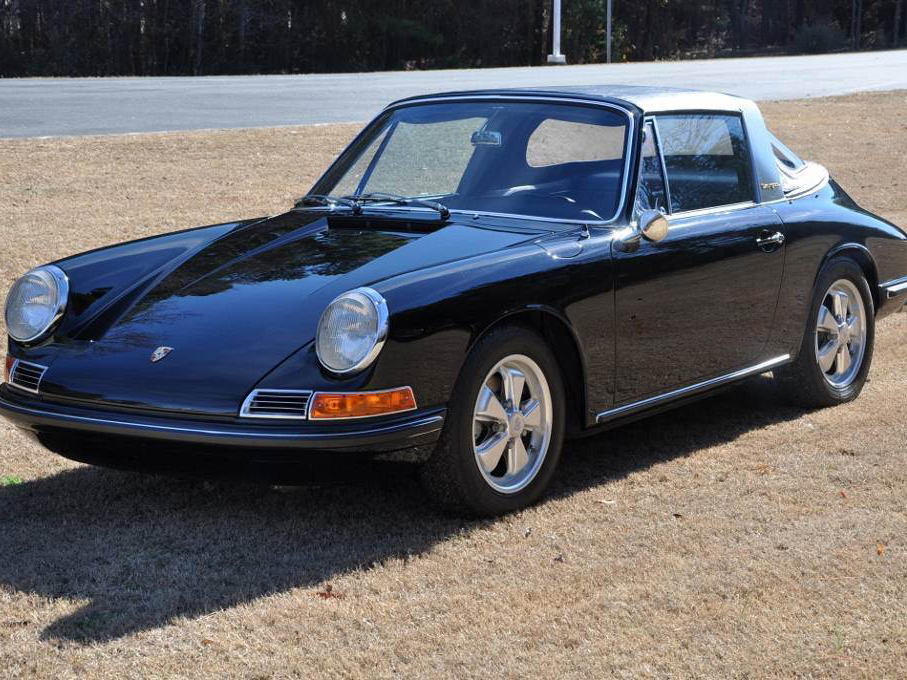 After producing the Porsche 356 for more than seventeen-years, Porsche enthusiasts were ready for something new in the mid-1960s. Porsche responded to this demand briefly with the Porsche 356 Carerra; however, that model was nowhere near capable of handling the demand of mass-production. In 1963, the Porsche 911 would be released to the market at the Frankfurt Auto Show after much anticipation. Later down the line in 1967, the Porsche 911 S would be released as the sporty variant. If you’re looking specifically for a 1968 Porsche 911 S Soft Window Targa, you may face a bit of confusion, as during the 1968 model-year the 911 S was actually pulled from the American market. Any variation you find of the 911 S during this model year would have likely stayed in Europe. The Soft Window Targa is specifically desirable for its uniqueness and for the many different roof configurations it gives owners. It is easily one of the most sought-after in the lineup.

When buying a 1968 Porsche 911 S Soft Window Targa, like any Porsche classic, it is imperative to ensure that you are indeed looking at an authentic model. Furthermore, the most original and complete models, with the best overall condition, will demand the highest values in the classic car market today. As such, you should always thoroughly inspect any prospective purchase, whether you’re 3,000-miles away or 30-miles away. Not sure who to ask? The Beverly Hills Car Club, a renowned California classic car dealership, has working relationships with industry professionals across the United States and would be delighted to provide you with some recommendations. Also, because these early model Porsche 911 S models can be riddled with rust, particularly if they were not taken care of, be sure to learn about the condition of the body. These are just a few of the Buyer’s Tips that the classic car professionals at The Beverly Hills Car Club recommend for the 1968 Porsche 911 S Soft Window Targa models.

Learn more about the 1968 Porsche 911 S Soft Window Targa and its appeal by continuing to browse this website, and be sure to view the 911 Targa models currently in inventory. Have questions? Connect with the team at The Beverly Hills Car Club today to learn more. They are standing by to assist you and look forward to helping you find the classic Porsche you desire. Contact them today!