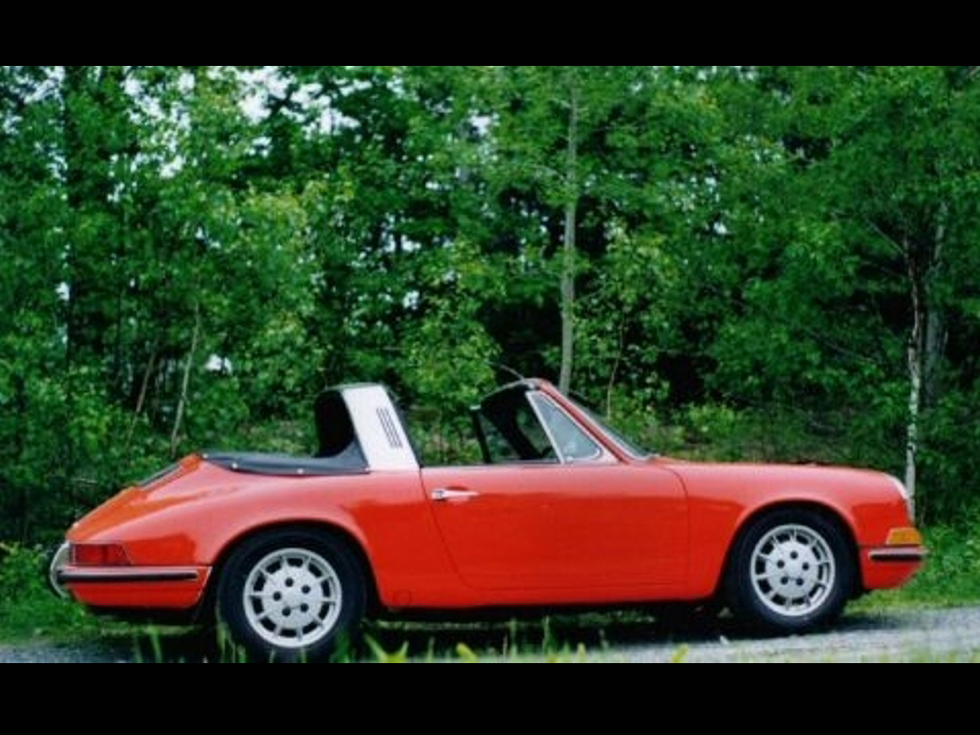 After the Porsche 911 S had been pulled from the American market in 1968, U.S. buyers were eagerly anticipating the return of the 911 to the lineup during the 1969 model-year. They got their wish. Running alongside the 911 T and 911 E, the 1969 Porsche 911 S Soft Window Targa (and other body styles) would be released with excitement. This new 911 S now offered fuel injection, which allowed Porsche to maintain low emissions without compromising high performance. It also now came in standard five-speed manual transmission, whereas the 911 T and 911 E had the options of Porsche’s Sportomatic transmission and four- or five-speed manuals. Additional upgrades to the 911 S included a slightly higher compression and reshaped inlet passages, as well as an extra oil cooler for more reliability and power. The Porsche 911 S Soft Window Targa was a popular option, which came equipped with flexible plastic rear windows that could be opened with zippers. The 356-style tonneau cover was also a popular factory option and is a valuable addition to any 911 S.

Though the Porsche 911 spans more than five decades of production, the first-generation models produced from 1964 to 1989 are some of the most favored by collectors and enthusiasts. As with most classic cars, condition and originality are the key determinants to value with these 911 S models. Whether you’re looking for a 1969 Porsche 911 S Soft Window Targa in need of complete restoration, would like a model for everyday use, or are searching for a mint-condition original for your garage, The Beverly Hills Car Club always advises buyers to look for the most complete model they can for their money. Restoration on any classic can be expensive, and those factors should always be calculated into your decision to purchase. One of the other most important steps in buying a classic Porsche is to have it thoroughly inspected for rust, engine condition, overall body condition, completeness and originality. Knowing the answers to these questions will also help you ensure the asking price is comparable to the overall condition of the classic.

Have questions? Need assistance in locating the 1969 Porsche 911 S Soft Window Targa you desire? Rest assured knowing that the California classic car dealership professionals at The Beverly Hills Car Club have the knowledge and experience you need to be successful. Connect today to get started and to be one step closer to seeing that beautiful 911 in your garage. Connect today!