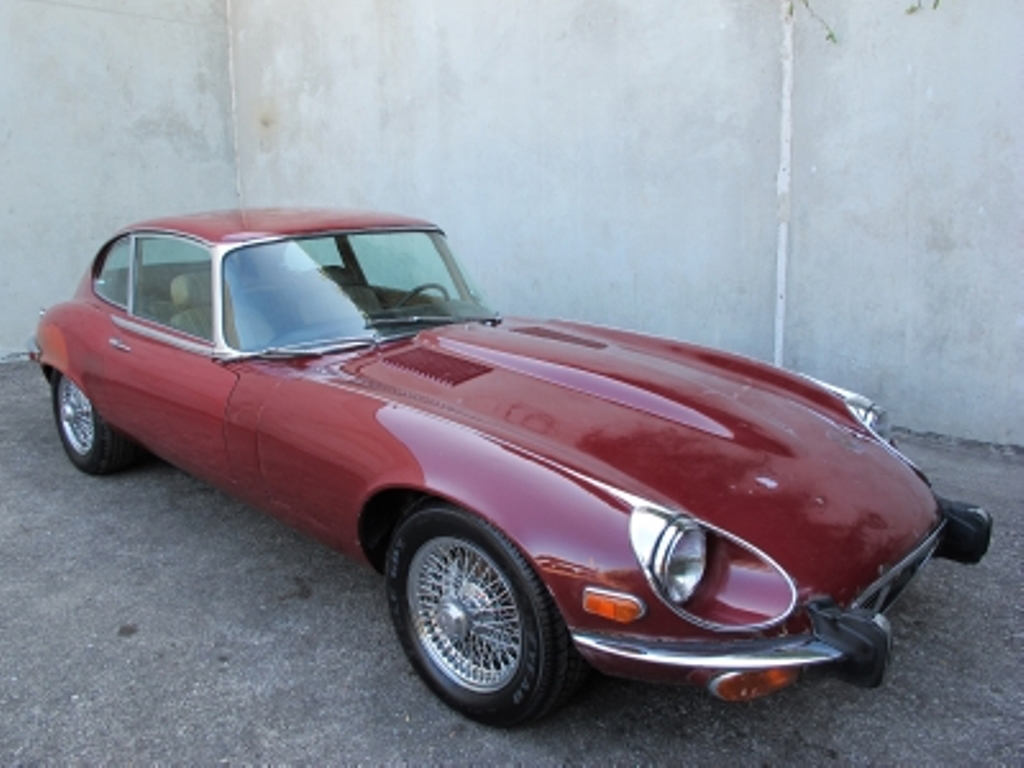 Easily one of the most recognizable and sought-after British classics to ever grace the streets, the Jaguar E Type continues to be an example of automotive engineering at its finest. In fact, the Jaguar E Type is a permanent exhibit at the Smithsonian museum in Washington, D.C. While many dream of owning one of these exceptional sports cars, the dream of ownership is actually far more attainable than most realize. If you’ve been considering buying a 1973 Jaguar E Type 2+2 Coupe or Open Two Seater, let the team at The Beverly Hills Car Club help make that dream a reality. First launched in 1961, the E Type saw several specification changes throughout its thirteen-year production. Series 1 would run from 1961 to 1968 and would be famous for its 4.2L engine and iconic design. Series 2 would run from 1968 to 1971 and would feature a wealth of new changes that were implemented primarily to meet tougher emissions and safety regulations that were being implemented in the United States at the time. Then the Series 3 cars would be released. Launched in 1971 and lasting until 1974, a new 5.3L twelve-cylinder engine would give the Jaguar E Type unparalleled power to match the exceptional design it had been known for. Simply put, the Series 3 cars are some of the most desirable and rightfully so.

In total, 7,297 Jaguar E Type 2+2 Coupe models would be offered during Series 3 production. When buying a 1973 Jaguar E Type 2+2 Coupe or Open Two Seater, always be aware of the car’s authenticity. This can be achieved by checking the chassis and engine numbers against Jaguar’s records. Furthermore, for those interested in the Open Two Seater model, always be extra cautious, as numerous 2+2 Coupe versions were cut down to mimic the very popular open-air style buyers desired. Many unsuspecting buyer’s have been fooled; a mistake that can cost thousands. As with all classic cars, a proper pre-purchase inspection is always recommended, as is a thorough check for rust or rust repair. Lastly, don’t let your emotions get the best of you. Always take a step back, take a deep breath, and spend some time looking over the car. Explore the lines of the car. Check for dings or marks that may indicate previous damage. Check the paint for overspray. Pay attention to the signs that are talking to you.

These are just a few tips for the 1973 Jaguar E Type 2+2 Coupe. To discuss your specific search or to learn more about any of the cars you see in inventory, please do not hesitate to contact the team at The Beverly Hills Car Club today! They look forward to hearing from you soon and to sharing their knowledge and experience with you. Connect today!