The Jaguar E Type is one of the most beloved and nostalgic cars of the 20th Century. Sleek and stately, it blended power and grace and redefined the luxury car for a generation.

Our team at Beverly Hills Car Club is here to help!

The first E Type roadster, sold as the Jaguar E Type XK-E in North America, was released in 1961. It was an immediate revolution in luxury sports car design: from its independent front-and-rear suspension to engineering that kept it lightweight compared to other models, the E Type XK-E was reportedly described by Enzo Ferrari as “the most beautiful car ever made.”

The unique production method also allowed the E Type Roadster to be sold at a very competitive price – in the UK, the E Type original price was £2,250, which is around £38,000 ($51,430) today. The fact that ordinary sports car enthusiasts could afford to buy this beautiful car endeared it to the public, and it remains one of the best-loved cars of all time today.
New releases came out each year until 1974. These models command an impressive price among classic Jaguar dealers today – let’s take a look at E Type value through the years.

What to Look For?

Condition is the most important part of determining classic Jaguar value. Alex Manos is a renowned expert in assessing the condition of classic cars and can help you sell E Type Jaguar models at the best price.

Color is a consideration for some buyers. The original color for the model will always attract the highest price.

Mileage is important, especially if the buyer wants to take the car on the road. Alex Manos can help you understand how mileage affects E Type value.

The 1961 E Type Roadster is the first and, to many, the most beloved of all. Its unique design and iconic status make it the crown jewel for many classic Jaguar dealers searching to find classic Jaguars.

The E Type Roadster is perhaps the best-known iteration; also the 1961 model was also available as a Coupe. Both command impressive prices today if the condition is good.

1962 saw continued production of the Series 1 E Type X-KE Roadster and Coupe and also marked the creation of the Low Drag Coupe, designed as a competitive racing car. Only one of these was ever made, and devastatingly, the original was all-but-destroyed in a fatal racing crash.

1963 was the last year the manufacturer used a 3.8l engine. These vehicles command a high price among classic Jaguar dealers and could reach eye-watering speeds for an affordable sports car of the time.

1964 saw the introduction of the 4.2l engine, which would remain a feature of series 1 from thereon. 1963-4 also saw 12 extremely rare “lightweight” models built as successors to the Low Drag Coupe. 18 were initially commissioned, but the manufacturer only begun construction on the remaining 6 in 2014.

The 1965 model was very similar to the previous year, with a few updated interior design features.

1966 heralded the new “2+2” E Type X-KE Coupe, built as a family car. The line was not a commercial success, which ironically makes it a prized asset among classic car dealers looking to find classic Jaguars today.

1967 saw the introduction of Series 1.5, a 2-year run of cars with slight design changes. U.S. regulations meant that the E Type X-KE needed to alter its internal working somewhat – this marginally reduced the horsepower but makes these cars a rare find for classic Jaguar dealers.

1968 models were mostly a continuation of the 1.5 Series, but in October, the new Series 2 model was released. Cars from the latter end of this year have a high classic Jaguar value.

1970 posed an intriguing style for lovers of the brand: new seats were installed for extra comfort. However, many long-time fans argued they were less attractive than the old seats. A 1970 model with these contentious seats is a rarity for this reason.

1971 saw Series 3 cars introduced to the market with significant design changes and an upgraded 5.3l engine.

1972 Series 3 models continued to modernize, with power steering and a wider engine among the key changes.

The 1973 range is considered to have optimized the modernization process while continuing to offer the beautiful E Type X-KE design.

1974 was the last year of production for the series. Many models from this year are the previously unpopular 2+2 Coupe design.

According to numerous authorities, including Sports Car International (voted #1 sports car of the 1960s) and The Daily Telegraph (voted #1 most beautiful car of all time), you can’t get better than a Jaguar E Type.

If you’re asking yourself, “how do I sell my classic Jaguar” your first step is to speak to Alex Manos, renowned expert on classic Jaguar value. Every Jaguar E Type owner knows they have something special. Alex can tell you just how special it is.

We Are Looking to Buy Today, With Immediate Payment and Car Pickup. Let’s Talk!

Which Jaguar E Type Model Is The Best?

When we buy classic Jaguars, the series is important. Here’s a run-down of each series.

Series 1.5 cars are prized for their rarity and unique design. We buy classic Jaguars and sell E Type models from this series at the Beverly Hills Car Club.

Series 2 boasts many modern features that allow the cars to be driven on the road without modifications (U.S. regulations changed in the mid-60s). They’re highly desirable for this reason.

While less “classic” than other models, Series 3 cars are still beautifully and highly valued. If you want to sell E Type series 3 cars, Alex Manos can help you.

Is there a point at which a classic Jaguar needs too much restoration?

Other than project and barn find cars, classic Jaguar dealers can restore these beautiful cars with loving care. If the condition is making you question your E Type value, the Beverly Hills Car Club is here to offer advice and help you sell E Type models. 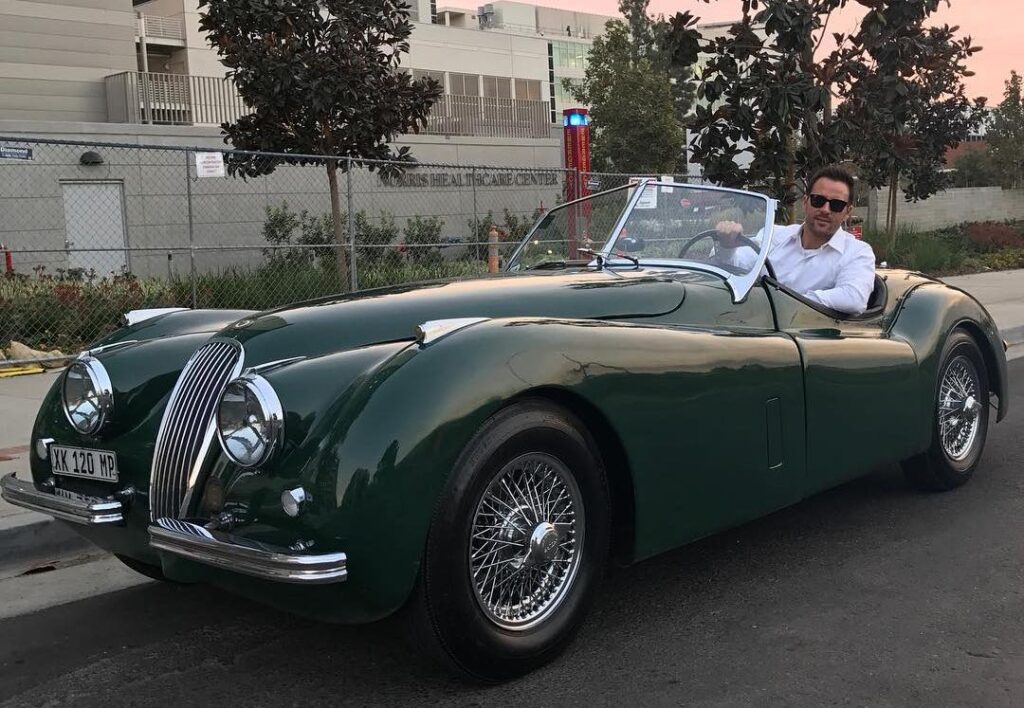 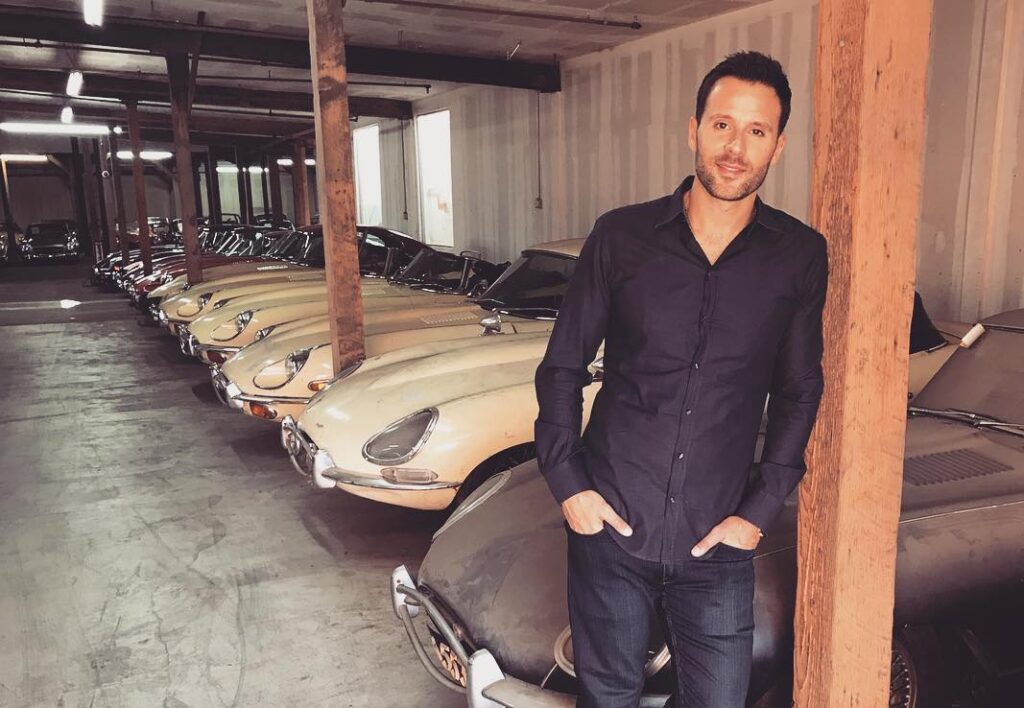 Car Tales: Jaguar XKE – A Car They Had To Name Twice 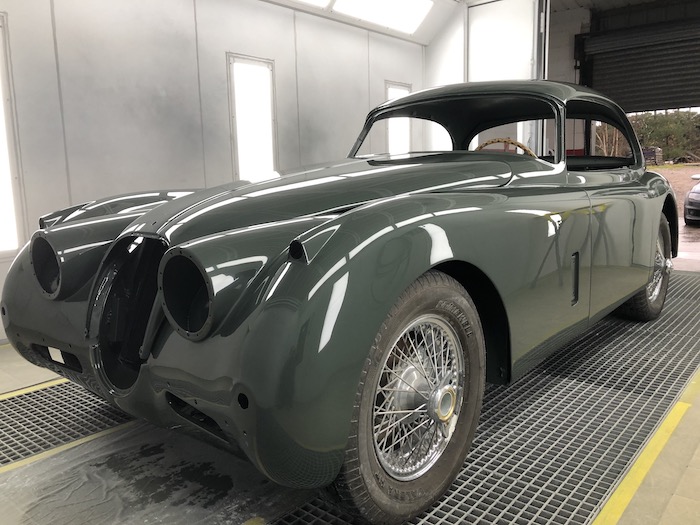 What is the best place online to buy or sell a classic Jaguar E Type?

At the Beverly Hills Car Club, we buy classic Jaguars from anywhere in the U.S. Alex Manos loves to find classic Jaguars and help the owner sell E Type models at a price that reflects their true worth. Talking to Alex should always be your first step if you have an E Type for sale.

When you’re wondering “how do I sell my classic Jaguar”, you need to work with an expert who understands the value of your car and treats it with the reverence it deserves. Contact Alex Manos today if you’re interested in buying or selling a Jaguar E Type.