Specializing in a wide range of European and select American classic cars, if you are looking for a classic sports or luxury auto Beverly Hills Car Club has all your needs covered! Finding classic cars from any and all locations in the United States, our team of car enthusiast/experts purchase a wide range of vintage vehicles, in all conditions, to satisfy a national and international customer audience. If you are looking to buy classic European cars, or if you are looking to sell, please browse this website to learn more about our current and our expected inventory. Don’t see what you’re looking for? Contact the team today to discuss your specific needs!

What Currently are the Most Valuable Classic European Automobiles?

The most renowned classic cars of Europe tend to hail from one of three places: Britain, Germany, and Italy. These three nations have produced true greats of the automotive world over the years. Some famous models command breathtaking prices today if maintained and kept in good condition. Here at the Beverly Hills Car Club, talking about the best offerings of some of the biggest names in motoring is one of our favorite things. So let’s do that now.

The United Kingdom turns out many of the classic cars of Europe. The country was the world’s second-largest car manufacturer until the late 1950s. Though production has fallen since then, the years in between have given us beloved models such as the E-type Jaguar and the Bentley Continental GT.

British classic cars are among the most sought-after and luxurious in the world. Great British manufacturers include:

The gleaming silver predator bursting from the car’s hood is one of the most beautiful and recognizable brand logos in the world. Though not all its models include this ornament, many classic Jaguars are just as sleek and ferocious.

In the 1960s, Jaguar produced some of the most iconic British classic cars ever, including the legendary E-type Jaguar. You can line any five dads up in a room, and one of them will say the E-type Jaguar is their favorite.

Austin Healy was producing British classic cars until the early 1970s. This manufacturer is proof that the classic cars of Europe aren’t always most desirable in their original form. Some people will always contest this (we love to talk about it), but we point you to the Healey 3000 Mark III.

One of the most stunning British vehicles of all, the Mark III was maybe the pinnacle of Austin Healey’s proud manufacturing career. We always get chills when we see one!

“If you’d like British classic cars, dial 0-0-7.” Need we say more? Aston Martin has famously produced the beloved vehicles of Bond, James Bond. If you’ve seen a Bond movie and ogled his car, you’re an Aston Martin fan. We love them all.

You’ve led a fine life, and you’ll understand why these are among the finest things around. British classic cars don’t get much more classic than Rolls-Royce.

With a pedigree dating back over 100 years, Bentley has been producing British classic cars longer than most. Among these is the legendary modern classic, the Continental GT.

With amazing power and beautiful design, cars like this are a testament to why Bentley has been such a big name for so long.

When it comes to the classic cars of Europe, German automobile manufacturing has a reputation for precision, performance, and reliability. All this is true, but it’s not to say that German classic cars lack style and beauty.

Oh Lord, won’t you buy me a Mercedes-Benz? Maybe the gorgeous 1955 Mercedes-Benz 190SL, or the positively voluptuous 1936 Mercedes-Benz 500K? I can keep going, Lord—Mercedes-Benz has made a host of German classic cars that anyone would love to have in their garage or showroom.

This manufacturer is well over a century old and still going strong. The performance of these cars is always incredible, and Mercedes-Benz is a towering presence among German manufacturers.

The Lord may not have bought Janis Joplin a Mercedes-Benz, but she did get her hands on the legendary Porsche 356. And what a car it is. It combines superb quality with a beautiful exterior design. It’s no surprise it was a favorite of many superstars of the day (including Steve McQueen and James Dean).

The latter decades of the 20th century were best when viewed through the window of a classic BMW. Famed for their incredible performance and luxurious feel, cars such as the BMW E26 M1 and E31 850CSi redefined what qualified as an instant hit.

Synonymous with power, reliability, and sleekness, BMW has produced many elegant standouts down the years. Truly one of the great German manufacturers.

Try saying ‘Volkswagen’ in word association — the next word will be ‘Beetle.’ The classic VW Beetle is not only an icon among German classic cars, but it’s also one of the most beloved cars of the 20th century. It transformed the way ordinary people saw motorcars.

Models like the amazing 1946 version are hard to find but always delightful. Meanwhile, classic VW Golf and Polo models are also wonderful legacy pieces of German engineering. Without being as flashy as some others, VW has produced some all-time great German automobiles.

Send Us an Email

The home of pizzazz and motoring elegance, Italy is one of the world’s centers of motorsports. Many of the high-end classic cars of Europe come from this gorgeous country. The Italian classic cars produced by its legendary manufacturers have won innumerable design awards, dazzled on the roads, and picked up many titles in sports such as F1 racing.

In a game of ‘who has the best car’ where one person owns a Ferrari, how many times out of 10 would you back them? Particularly if it’s a classic model such as the Ferrari 365 GTB/4 or the Ferrari 250 GTO?

Throughout the 20th century, Ferrari has been at the forefront of the world in creating beautiful cars. Some of the most excellent cars of all time are Ferraris, and it’s a bold individual who claims that they could look at one without wanting to touch it. Drive it. Own it. The magnificent craftsmanship is the pride of Italian classic cars.

Alfa Romeo’s most famous models are also incredibly enigmatic, with only a few ever produced. Thankfully, there are plenty of gorgeous Italian classic cars by this manufacturer that are easier to find.

The 1962 Alfa Romeo 2600 is an exemplar. Sleek, innovative design is one of the reasons Alfa Romeo is such a respected name even today.

Ferruccio Lamborghini founded his now-legendary car company after Enzo Ferrari rejected his ideas. We wouldn’t quite call it an act of petty revenge, but if there was ever proof you can create beauty out of disappointment, Lamborghini provides ample evidence.

Cars such as the Lamborghini 350 GT provided a new benchmark for the classic cars of Europe. It pushed elegance to new heights within the automotive world. The speed, style, and aesthetic glory of these cars are as desirable as ever today.

Maserati emerged in the post-war period as one of the names putting Italy on the map. Models such as the A6G CS/53 raised the bar and helped define the loud, proud image that many still associate with Italian classic cars.

Modern classics such as the Maserati MC12 are treasures for aficionados of the classic cars of Europe. They offer scarcity and sumptuous design. This manufacturer never stopped innovating and has produced some true wonders.

Selling One of these Classic Cars? Let’s Talk!

Where are the Most Valuable Classic European Automobiles?

Whether you are searching for a classic Mercedes, Alfa Romeo, Austin Healey, Aston Martin, Bentley, Ferrari, Jaguar, Porsche 356, or even a total restoration project of one of these cars, the Beverly Hills Car Club has a wide-ranging inventory sure to impress even the most discerning collector. When you’re ready to buy classic European cars, our team wants to talk to you! For cars that are barn-find restoration projects, all the way up to top-of-the-line perfection: free of any bodywork defects, rust removed, misfiring engine components replaced, interior fittings replaced, you are sure to find our selection to be superior!

Contact the team at Beverly Hills Car Club today to learn more about our current selection of inventory. When its time to buy classic European cars; turn to the best. Place your trust in a team of knowledgeable professionals who can assist you in finding the perfect car for your collection. We look forward to hearing from you soon! 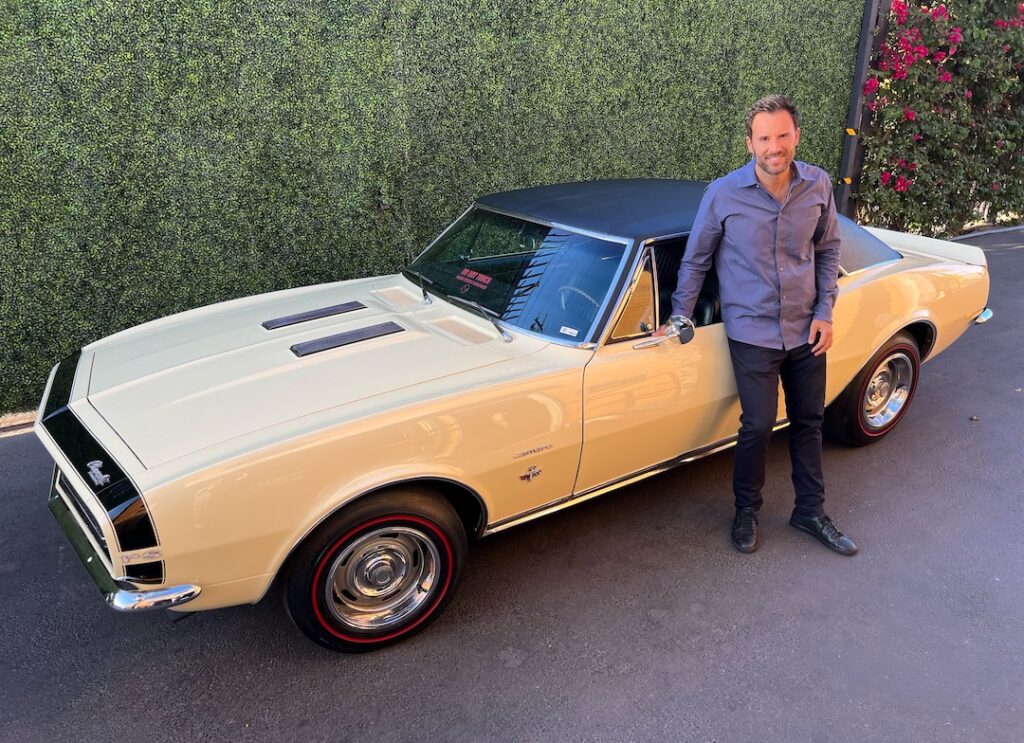 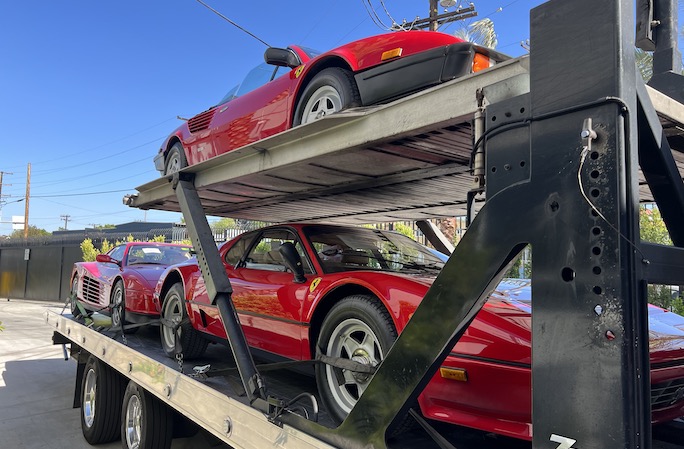 Looking For the Best Site to Sell a Classic Car? 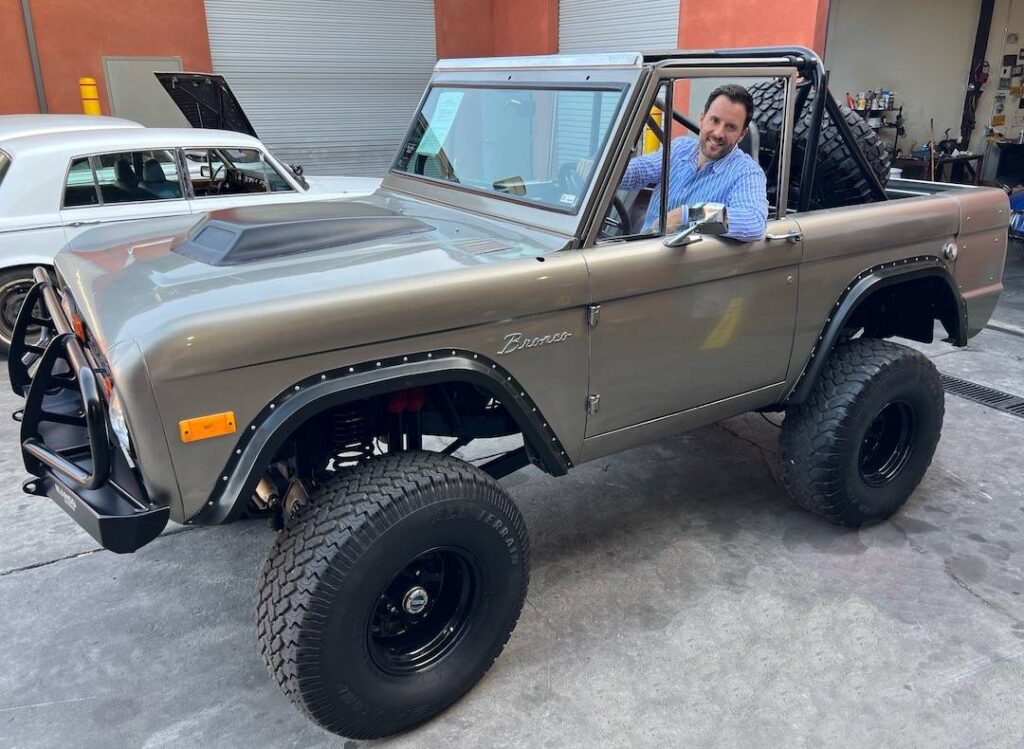