One of the best-looking cars of its era, the BMW E9 was a perfect car. It drove perfectly. It was pleasing to look at the exterior, and the interior was also a sight to behold. Not to mention, the BMW E9 was comfortable and an engaging drive for anyone. An aristocrat, race car enthusiast, or a fellow with a one-car garage, all could enjoy it equally. Sought after, trendy, and technologically advanced for the time, the BMW E9 coupes rightfully earned their prestigious reputation. A comfortable car to own and drive, you can still find many buyers looking for it today.

In September 1961, BMW launched the 3200CS, a coupe car with its fifties V8 engine. This attractive coupe was the inspired genius of Giorgetto Giugiaro, the famous Italian supercar designer. BMW built 603 units between 1961 – 1965.

In 1965, the German carmaker replaced the 3200CS with the Model 120. Designed by BMW’s design head Wilhelm Hofmeister, the Model 120 coupe was a smaller version of the 3200CS and looked rather odd. It had a great roofline and eccentric interior and exterior detailing — especially the grille and headlights. Overall, the vehicle looked great but was not as graceful as its predecessor.

Unlike the 3200CS with V8 engines, the Model 120 came with a four-cylinder, 1,990 cc engine. However, this was the only difference between the two vehicles. The brakes, suspension, and transmission were the same across both cars.

But the four-cylinder engine didn’t do the Model 120 any favors, especially considering that BMW had prided itself on spirited performance over the years. While it had excellent fuel economy, fine road handling, durable build quality, and perfect leg space, it’s lack of performance was telling.

And, the BMW E9 coupes sprang into life.

The coupe’s wheelbase and front end stretched to accommodate the bigger engine, increasing the car’s size in the process. The front also underwent a minor upgrade to give the E9 its famous shark-like nose.

The 2800 CS was the first BMW E9 coupe. In-house design head Wilhelm Hofmeister designed it, adjusting the car’s length and wheelbase were adjusted to fit the sizeable E3 engine. Despite the large engine, it was considerably lighter than its predecessors. The engine ran at 6000 rpm at 168 horsepower (hp). It also had a smaller front hood, which increased its performance.

Closely following the launch of the BMW 3.0 for sale, the German automaker launched the 3.0 CSL in May 1972. The CSL allowed the E9s to race in the European Touring Car Championships. The carmaker made 1,265 units.

The CSL had thinner steel sheets than the CS/CSi. It also came with Perspex side windows, and aluminum alloy doors, hood, and boot lid. The engine ran at 5600 rpm and 203 hp.

In 1973, the CSL upgraded to include aerodynamic fins on the front fenders, a spoiler along the roof, and a rear wing. These additions earned the CSLs the moniker “Batmobile.”

Between 1973 and 1979, the “Batmobile” won the driver’s title six times in the European Touring Car Championships. It also won three rounds at the 1976 World Championship.

What’s Important to Buyers and Sellers

The classic 3.0 is still a sought-after classic sports car. When looking to buy or sell a classic car such as the E9, here are three considerations:

Always ensure you get a qualified specialist to thoroughly inspect the vehicle, regardless of if you’re a buyer or seller. Inspections are necessary for vintage classic cars. 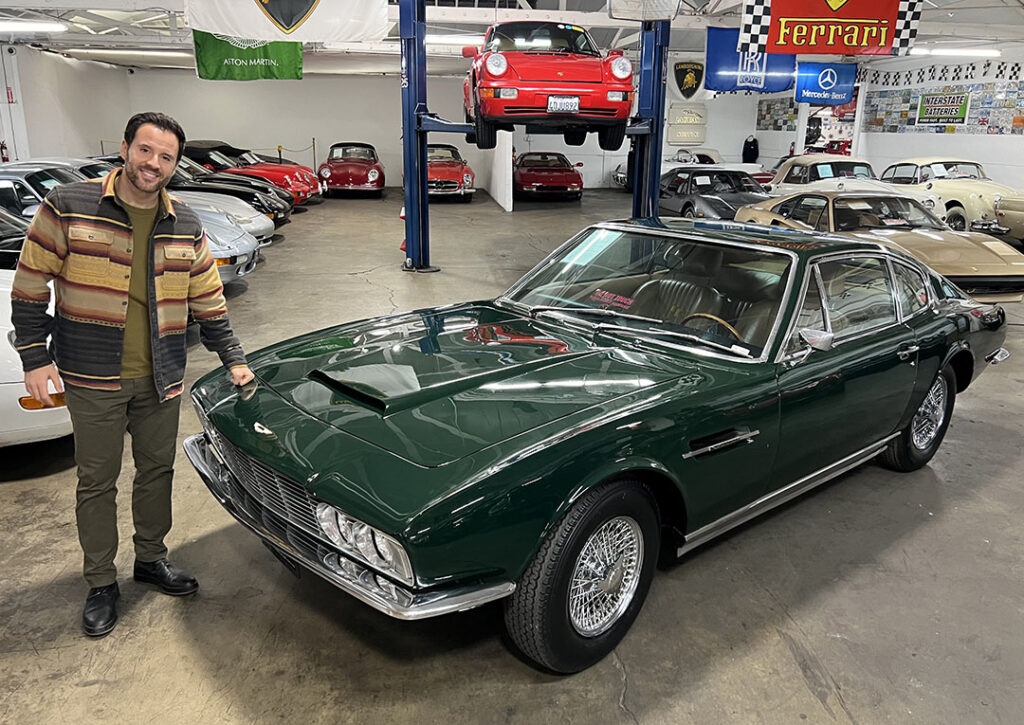 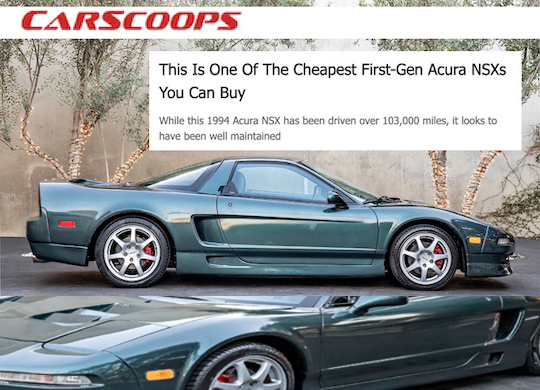 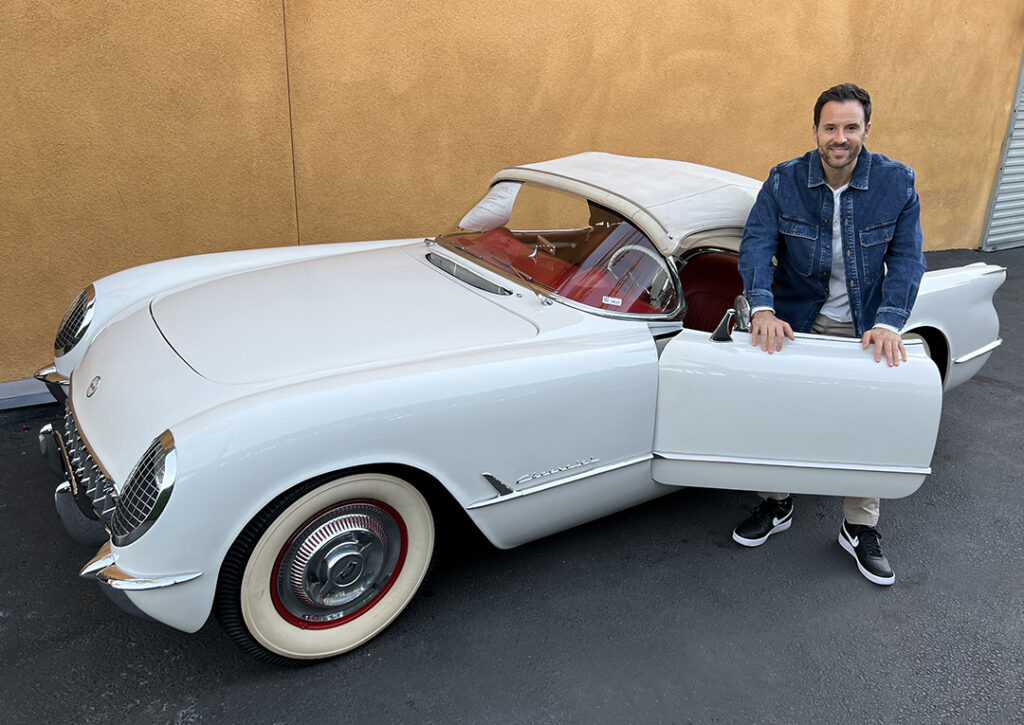 Car Tales: Most Successful And Most Popular, Chevrolet Corvette

What’s the Difference between Fully Restored and Project/Salvage E9 Cars?

When you are looking to sell a classic car, you’ll probably hear people talk about fully restored or rebuilt cars and salvage cars.

Salvage cars are usually a ‘loss’ in the eyes of the insurance company. Theft, parts stripping, or damage from natural disaster could make a car a ‘salvage’ item. Usually, the cars’ repairs are too costly for the market value, so the insurance companies will hand the owner a check. The owner will auction it off with a salvage title.

A fully restored car is a rebuilt salvaged car, with the salvage title changed to a rebuilt title. To get the rebuilt title, it needs to pass an inspection and an emissions test.

Some Selling Tips from Alex

BMW E9 coupes are great to have and fun to drive. But sometimes, you want the cold, hard cash. So if you’re looking to sell, here are some top tips for getting the best value for your car.

We are looking to Buy Today, with immediate payment and car pickup. >>Let’s talk<<

Should You Sell Your Old BMW?

It depends on your preference. But if you need the cash, a “Batmobile” in great condition can fetch you over $100,000.

How is a Classic BMW Appraised?

Various factors influence the worth of a classic car besides its make, age, and model. For example, suppose you have a BMW 3.0 CS for sale. An accurate appraisal also considers any restoration work, its condition, the historical trend in demand and sales, the vehicle’s records, and any other traits it might have that makes the car unique.

It’s best to hire a credible classic car appraiser who has experience with your car model to get your car appraised. Working with an appraiser who isn’t an expert at your particular car brand or production era is the fastest way to get a wrong appraisal of your car.

Once you identify the right appraiser, put together all relevant paperwork, and meet in person. Some appraisal companies offer virtual appraisals where all you need to do is send over detailed documentation and photographs.

Q: What is the Best Place Online to Sell a Classic BMW?

If you have a  BMW 3.0 CSi for sale, the Beverly Hills Car Club is the best place to sell your prized and fully restored classic car. Alex has helped many car owners put up luxury rides such as the BMW 2800 CS for sale.

The Best Place Online to Buy or Sell a Classic BMW?

Selling an E9? You’ll want to find a buyer and dealer that knows the vehicle’s worth, and make for a convenient sales process. You don’t want to go for just any run-of-the-mill dealer, they won’t give you an offer that compares to its real value.

At Beverly Hills Car Club, we are always looking to buy. Our classic car expert Alex Manos is an experienced buyer of classic BMW. For the best selling experience, contact us today.

You can safely buy and sell a BMW 3.0 — as long as you use a reliable car dealership. Make sure you know any faults in the car you’re trading and that you’re getting a fair price.

There’s nothing quite like a classic BMW: quality and history all rolled into one. Whether you’re just browsing or seriously looking to buy or sell BMW E9, follow our top tips. This guide can help to make sure you’re getting the best value for money, and you’ll have a great experience.

“My team and I are privileged to buy and sell some of the world’s most beautiful and unique vintage automobiles, and we want to talk to you! We sell internationally, and we also buy anywhere in the US, any condition, immediate payment. Regardless of your needs, white-glove service are hallmarks of how we do business.

We specialize in older European luxury and sports cars as well as select American makes and models. We’ve seen them all and we have the experience and knowledge to immediately fit the best price and the easiest delivery (or pick-up) service.” – Alex Manos (owner)