Selling or Buying a Ferrari 365? 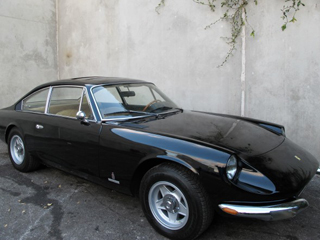 Approximately 800 examples of the Ferrari 365 GT 2+2 were produced between 1968 and 1970, 52 of which were with right hand drive. The 365 GT 2+2 was intended to succeed to the great Ferrari 330 GT 2+2, of which production ended in 1968, and quickly became the top selling model of the brand. Aldo Brovarone at Pininfarina designed this Coupe with refined and sharp lines and the car was originally fitted with Pirelli Cinturato tires. Like its predecessor, the Ferrari 365 GT 2+2 features independent rear suspension instead of the live axle of the Ferrari 365 California. With its leather seats, electric windows, power steering and brakes, and optional air conditioning, the car was very comfortable and luxurious. At the time, it was Ferrari’s top selling model.

Just 168 examples of the 2-seat Coupe Ferrari 365 GTC and 20 of the 2-seat Spyder GTS were made between 1968 and 1970. Those models were replacing the 330 GTC and GTS, of which production ended in 1968. The upgraded 4.4-Liter V12 engine produced 320hp, which was over the 300hp of the previous models. Style-wise, both cars are similar, with the major noticeable difference being the vents previously mounted behind the front wheels, were moved to the bonnet. If you’re thinking about buying a Ferrari 365, let The Beverly Hills Car Club team help you find the perfect model for your needs!