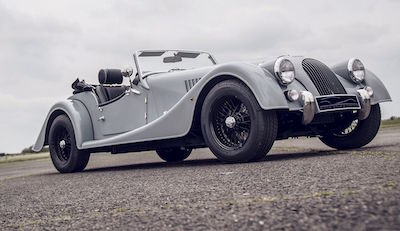 The Morgan F-Series 3-wheeler was a British sports car that saw production from 1932 to 1952. It had a unique body style that was similar to the cars of the early 1900s, giving it a vintage look at feel that helped boost its popularity. Another feature that made the F-Series car popular was its unorthodox three-wheel design, which actually helped boost its overall performance. Most of the F-series models came with the Ford Sidevalve engine, which a small motor that came in two distinct sizes: the 8 HP and 10 HP model. While not completely functional on modern roadways, the F-Series was a quick car for its time and became incredibly popular across Europe.

Looking to purchase a classic Morgan?

Are you interested in adding a Morgan F-Series 3-wheeler to your classic car collection? These stylish automobiles are rare, unique, and they play an important part in British automotive history. Because most Morgan models werent sold in the United States, it finding your F-Series could be tough. Instead of spending your time following leads and networking at automobile museums and car shows, why not contact the Beverly Hills Car Club for assistance?

The Beverly Hills Car Club has a team whore eager to help in any way they can. They all have years of experience working with classic American and European automobiles from different eras, so they have the knowledge to answer any questions you have about Morgan models. Moreover, the Beverly Hills Car Club has also established a nationwide network of collectors, investors, and restorers, who they can reach out to when searching for your car. Instead of spending your personal time searching for a rare Morgan F-Series, let the Beverly Hills Car Club do it for you. Every automobile purchased through is given a rigorous inspection to verify its authenticity and condition. To learn more, call their Los Angeles office today and speak with a friendly representative who can put you on the right track!